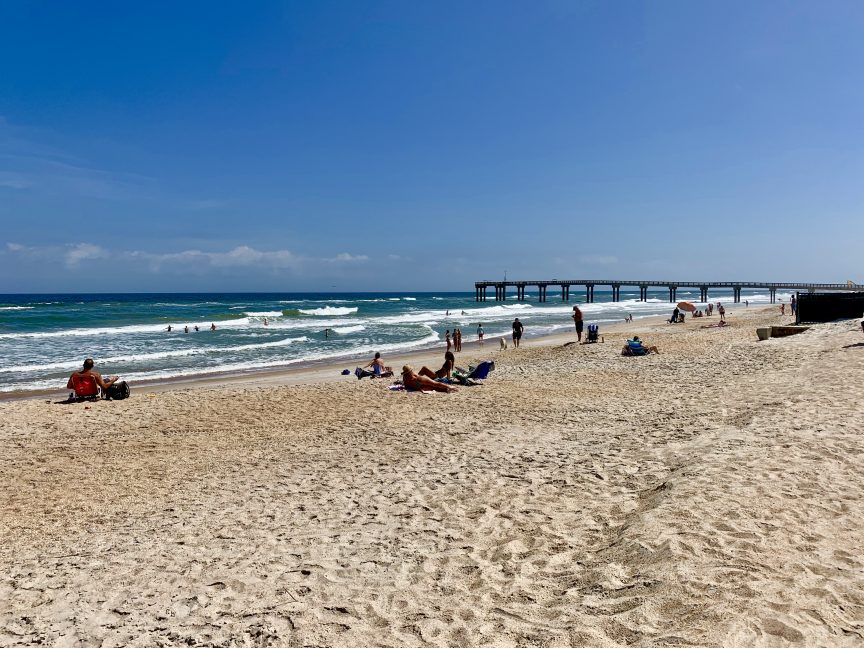 “If I get corona, I get corona. At the end of the day, I’m not gonna let it stop me from partying,”

People need the outdoors. During this time of crisis, people need to be able to get out, participate in physical activity and stay sane.  Spring is in the air, and besides a bout of seasonal allergies, there’s little good reason why one shouldn’t get out and smell the flowers.

Florida has over 800 miles of beautiful, sandy beaches, and everyday more and more beaches are been closed by county officials.

After the spate of negative media from Spring Breakers flooding Florida beaches, Miami-Dade Mayor Carlos Gimenez (who has tested positive for COVID-19) ordered all beaches shut down unconditionally.

The county took drastic steps to inform and communicate and dispatched the National Guard at area airports to inform passengers flying in.  But Governor DeSantis has dissented on a statewide beach closure.

Currently there are only two counties that allow beach access: St John’s which include St Augustine Beach and Volusia which includes Daytona Beach. The only restriction imposed was no beach parking. This limits crowds and tourists, so the beach was mostly filled with locals who have means to get to the beach.

Today we visited St Augustine Beach and was impressed that it was fairly unencumbered. Since this is Spring Break season and the record-breaking temperatures soared to near 90 F, the beach would normally be packed.  It doesn’t appear that people are been diverted to St John’s from other locations, but it’s not the weekend yet, and once people get wind that St Aug is open, the mass may start arriving.

One recommendation is that if they’re going to keep some beaches open, they should open all of them. By closing some, people will just migrate from one beach to another resulting in over-crowding.

The beach was so isolated, that during my four hours on the beach, I never got within 10 feet of anyone.   I ran, sun bathed, watched people (or lack of), swam and body surfed, and there was virtually zero risk of catching the coronavirus. My chances of getting sun burned or drowning were a lot higher.

The beach did have signs telling people to limit groups larger than 10 and to distance six feet from others.  However, there was a group of young men (spring breakers) who flagrantly ignored these rules. 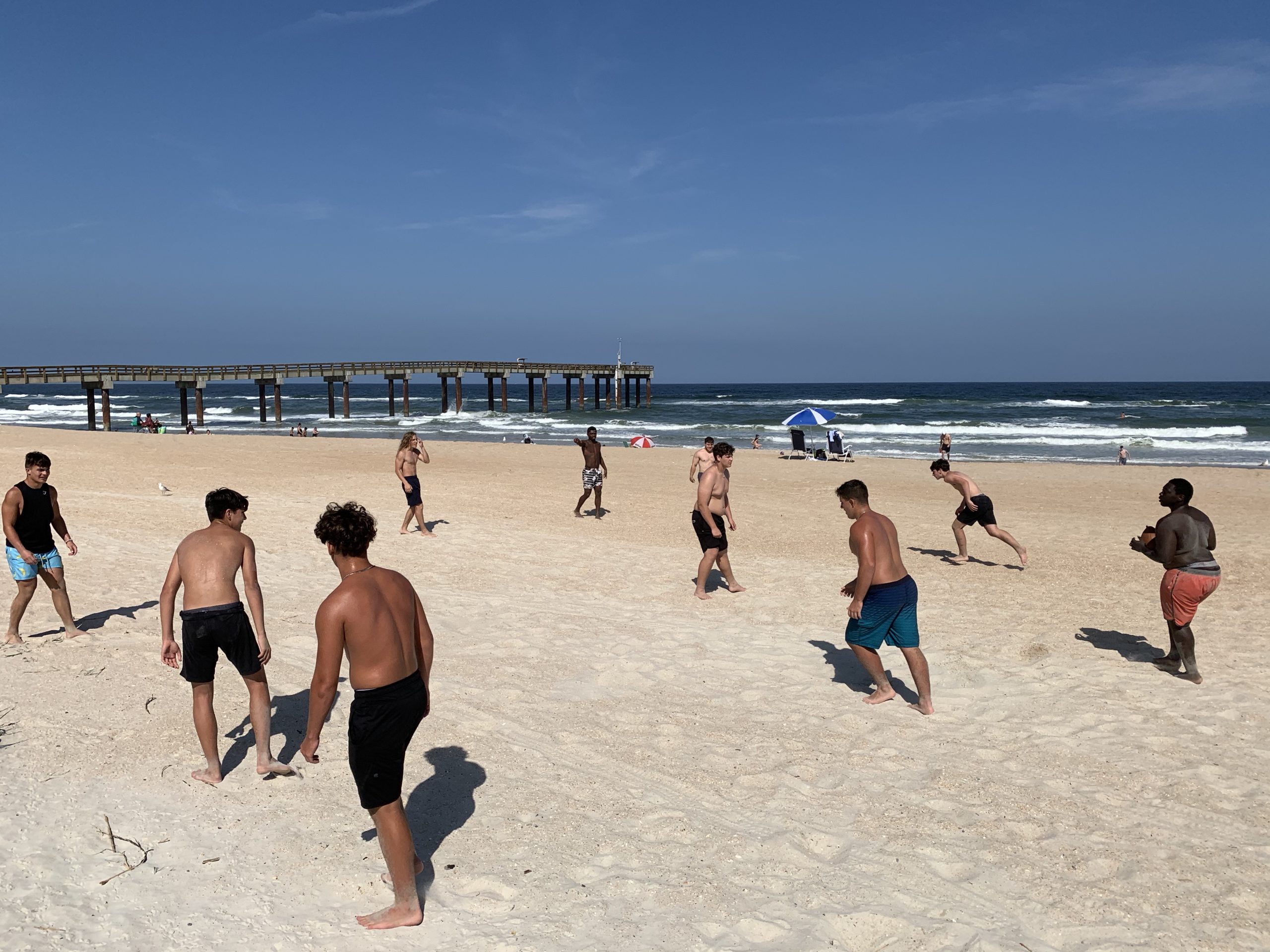 College-aged men playing sand football involves a lot of contact, and although I did see some police patrolling the beaches, they weren’t enforcing the 10-people, 6-feet rule.

These young people are healthy and will likely be fine if they got exposed. But once they return to their homes in lockdown, they could easily spread it to their families including the elderly.  They may be asymptomatic but easily become super spreaders all across the country.

There’s really no need to take drastic measures to lock-down the entire sunny state of Florida. People need to get out to get some fresh air, walk, exercise and to generally clear their minds.  People were generally respectful of each other’s boundaries and it’s important to treat people like adults.  The kids, on the other hand, is another issue and enforcement should be imposed.

Yes, they’re young, healthy and resilient.  But not so much the family and friends they return home to.