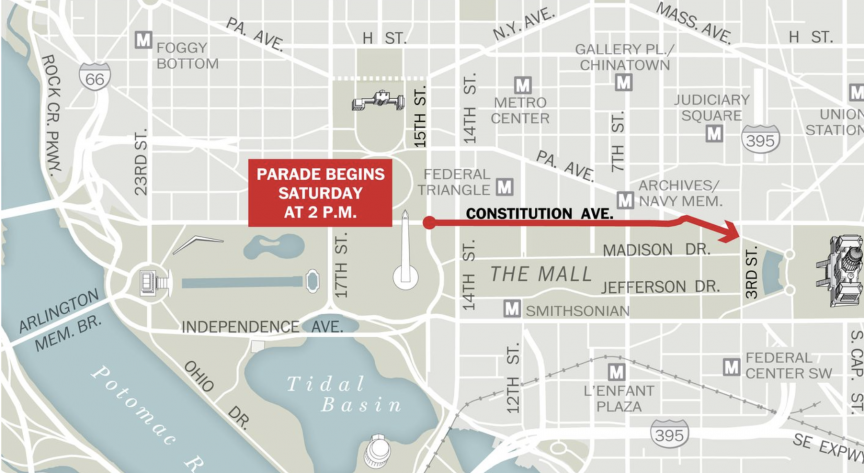 The Championship Parade will begin at 2 p.m., starting at 15th Street and Constitution Avenue NW, near the Washington Monument and will proceed east along
Constitution and end at Pennsylvania Avenue and Third Street NW.

Recommend skipping the parade route and head to 3rd and Penn where there will be a rally at 3:30 p.m.

The program will feature the players, coaching staff and the trophy. Students from D.C. schools will walk the route along with marching bands, Little League teams and members of the military.

Metro stations closest to the parade route are Federal Triangle, Archives and Judiciary Square, but expect them to be very crowded. Consider using Metro Center, Gallery Place or Union Station, all of which are less than a 10-minute walk from the parade route.

Parking will prohibited on the following roads from 6:30 p.m. Friday and until 7 p.m. Saturday:

“We are proud of our team who went to Houston and finished the fight, winning their first-ever World Series and delivering another championship to our sports capital,” D.C. Mayor Muriel E. Bowser (D) said Friday morning in announcing Saturday’s events. “Now it is our turn to deliver a parade of the ages to celebrate our Nats.”