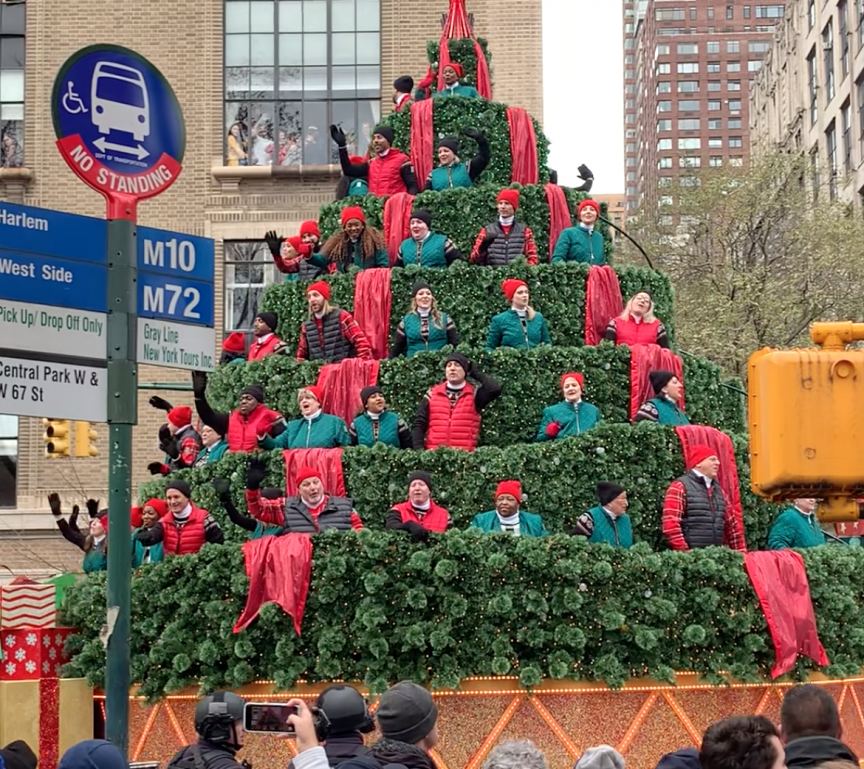 For the first time since 1971, there was concern that the balloons would not fly.  This happens when there is sustained winds over 20 knots. or gusts up to 30.  Luckily, NYPD and the parade organizers decided to keep the balloons flying tethered low to the ground — which was ideal since the winds picked up during the day. The first balloon was Astronaut Snoopy, made to honor the 50th anniversary of the moon landing.  They were followed by Spongebob & Squarepants and Green Eggs & Ham among many others. For the first time, a K-pop band, NCT, performed for the younger-generation crowd. Other artists included Lea Michelle and Celine Dion who sang her new song “Imperfections.” There are plenty of good vantage points to watch the parade. There’s no need to get there hours early to camp out.