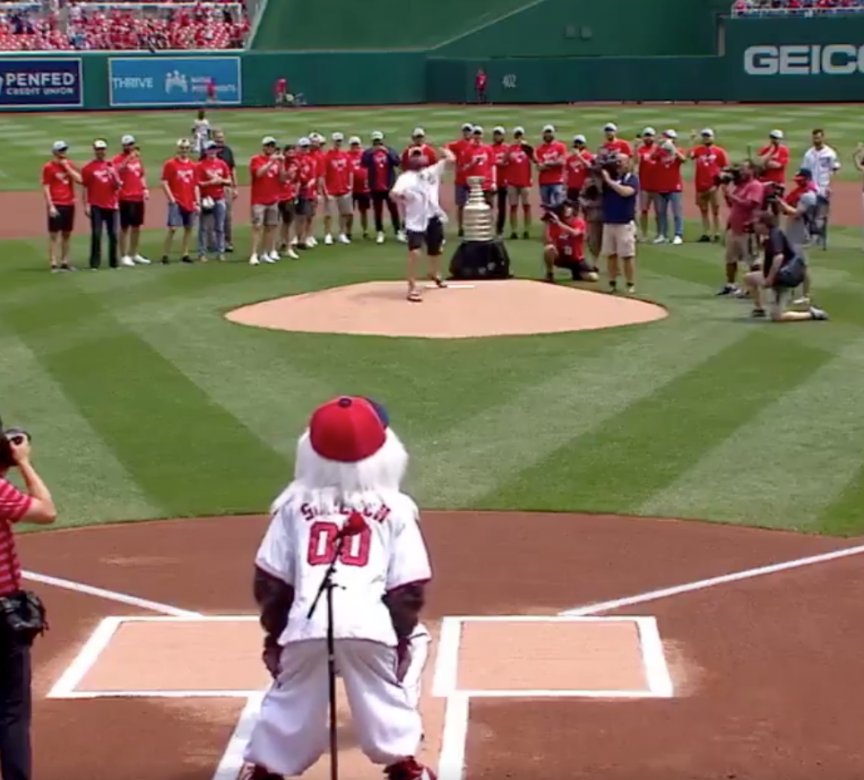 The wretched curse is finally LIFTED.

But this wasn’t a given — the Washington Capitals were known for choking in the second round, mostly to our arch rival Penguins.

But the Caps did something remarkable, even coming back from behind against the Bluejackets.

Now the Washington Nationals will hope to at least advance in the playoffs this fall.

Only 13 years in town, the Nationals have been another quick-turnaround success stories.  They’ve been on a tear since 2012, winning four division titles and stacked with incredible talent garnering numerous player awards: MVP, Cy Young (2), Manager of the Year (2)

It started in 2012, the first year they won the division. Their epic collapse in game 5 against St Louis giving up 4 runs in the 9th inning of a winner take all game was just the beginning of our playoff struggle .  And last year the Dusty-led Nationals lost in Game 5  9-8 to the Cubs before been fired.

But that was our year. The team ran away with the NL East winning by 20 games and Scherzer won the Cy Young again (his third).

But this year, finally things will be different.  For one, we’re no longer winning by 20 games — we’ll actually hanging on by a thread.

Just like what the Indians did in 2015 when the Cavaliers finally beat the Warriors, they made a late run to face the Cubs.  Even though they came close, many cities have had multiple champions in the same year. Pittsburgh did it with the Steelers and Penguins in 2009. Other cities: Boston, LA, New York, SF.

So will the Nats go all the way. With the Yankees and Red Sox on a tear in the American League, I wouldn’t put money on that.

But the National League is a little bit more even keeled and although the Nats are as dominant, the monkey is finally off our back.

See you in October