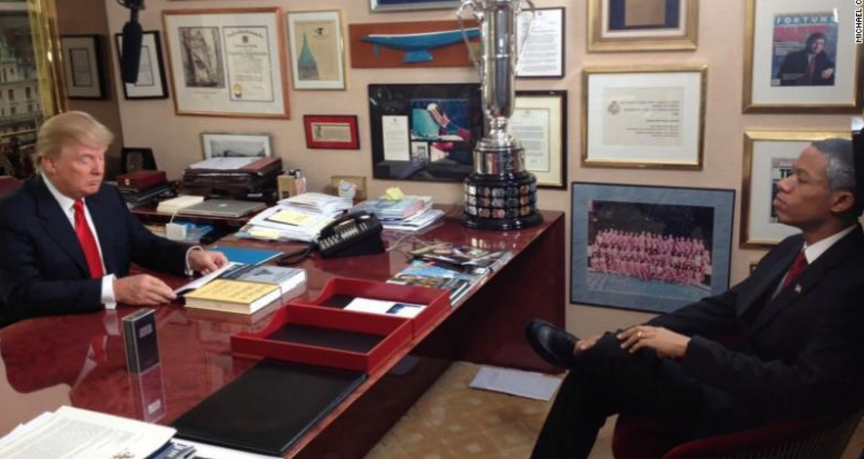 Even before Donald Trump sought to be president, he questioned President Obama’s birthplace and accused him of obtaining his “Ivy League” degrees by way of affirmative action.

In Michael Cohen’s book, “Disloyal: A Memoir,” Trump hired a faux-Bama to belittle him then ritualistically fired him.

The video was made for the 2012 Republican National Convention, but never aired.