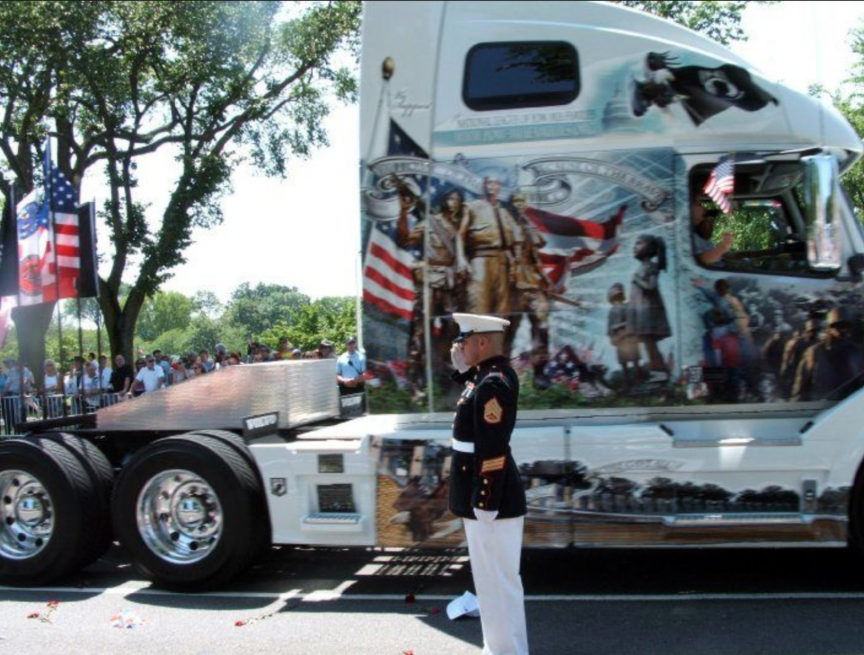 On Oct 4-6, there will be tons of trucks on the mall — Semi-trucks — not food trucks.
The even s planned to highlight trucking’s contribution to the economy and to express concerns over some of trucking’s hot-button issues. Those include  opposition to the electronic logging device mandate, support for reform aimed at added flexibility in the hours of service and an emphasis on the importance of robust new-driver training, among other issues.

The principal purpose, though, is expressing unity among participating truckers at the “That’s a Big 10-4 on D.C.” event. It will begin with a truck convoy that will start at the fairgrounds in Fredericksburg, Virginia, on the third of October. The day’s activity will conclude that night on the National Mall in Washington.

The plan is to come in with style and grace: Convoys, Monuments, Senate/Congress Meet and Greets, And one awesome Truck Show. This is about public awareness, Pride in Trucks and Pride in our industry. The goal is to stay light hearted, enjoy time together, and most importantly inform the public on the ongoing issues plaguing our industry. This is a deferent approach to raise awareness and gain some media attention. The idea is that of a truck show, a public service announcement kinda show. Stay updated by following along.

Many newbie truckers never knew living on the road could be so good. Good wasn’t born on the cusp of a fat paycheck.  Instead, it meant doing something they believe in, something good for their country, and something they enjoy.

“A little history to be made,” says Pennsylvania-based owner-operator Mike Landis, among organizers of the event, with what will amount to a truck show on the National Mall over the next two days, Oct. 4-5.

“We are attempting to break the world record in a convoy, while uniting the trucker community,” says another of the event’s organizers, Bonnie Kelly of AB Kelly Trucking in Clearville, Pennsylvania.

Bonnie Kelly hauls LTL reefer to the West Coast, produce back, in a team with her husband, Allen, who noted that a record-breaking convoy could be the very thing to draw media attention to the truckers’ issues, and the truck-show atmosphere expected on the mall could also be effective in “getting the message out to the public,” he said.

Permits have been obtained to park on the mall from Oct. 4 until 9 a.m. Oct. 6, a Saturday, when attendees then will be escorted out of Washington. “We will be convoying back to the fairgrounds in Fredericksburg, where there will be an Appreciation Day for those who attended and the general public,” Bonnie Kelly says.

“Our goal is to bring awareness to what we do as drivers, a snapshot of what our daily life is as a trucker,” she says. “The ELD mandate, put in place to make our industry safer, is the means to the end of safety for the trucking industry. Drivers are pushed to driving tired, are pushed to driving in adverse weather conditions and have to park in unsafe places with no services. It is a risk to our national security for an 80,000-pound truck to be tracked 24/7 with our locations available to hackers.”

Organizers have spent time inviting legislators, regulators and others to visit with drivers on the mall to “get our side of the story” as regards the reality of trucking, regulation and safety, says Allen Kelly.

Further information is available at TenFourDC.com, where Kelly recommends those who will be participating register their trucks to help get an accurate-as-possible count ahead of time.