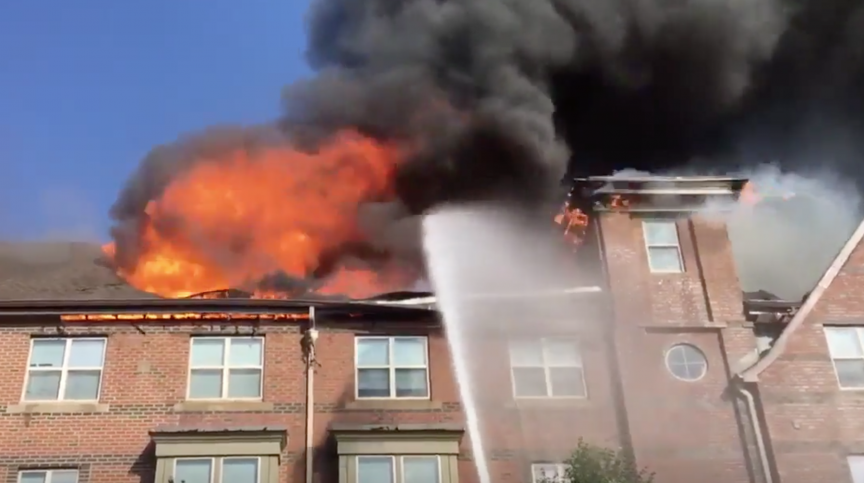 At least four people were sent to the hospital and 80 residents have been displaced as firefighters battled a massive blaze in an apartment building in Southeast D.C. that houses senior citizens.

Every resident of the senior home is now accounted for and that residents have been sent to nearby shelters.

“We aren’t sure how the fire started at Arthur Capper Senior Building in Navy Yard,” said D.C. Council member Charles Allen in a statement. “Firefighters needed to rescue a few residents via window from the higher floors.”

Around 3:15 p.m., a fire broke out in the roof level, said acting fire Chief Milton Douglas at a news conference Wednesday night. When fire crews reached the fourth floor, they were met with “heavy fire conditions,” he said.