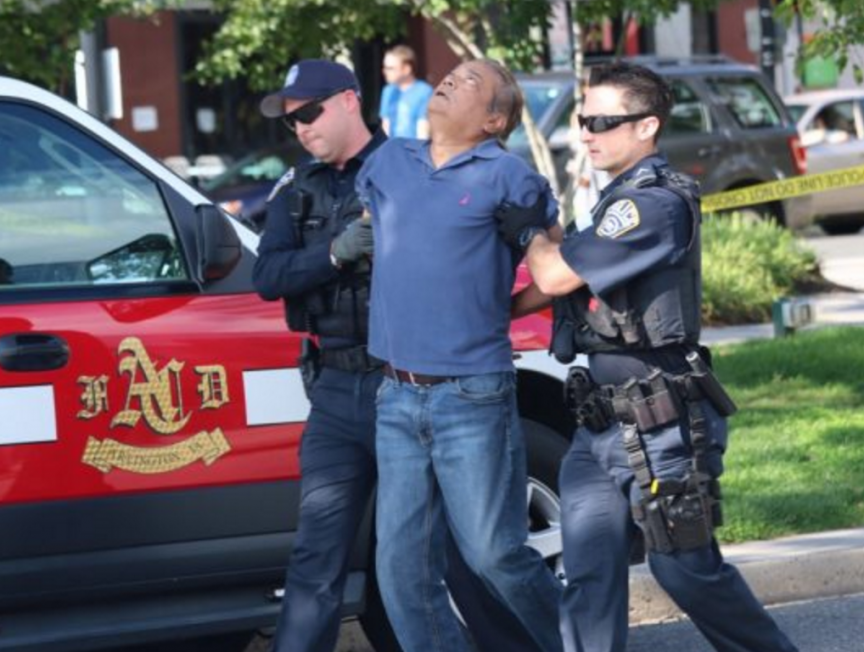 On Tuesday, October 4, at 2:52 PM, an invaluable member of the Mad Rose Tavern family, Victoria Alicia Gonzalez, was tragically struck by a vehicle while working on the front patio of Mad Rose.

Alicia is a devoted mother of a 2 year old baby and loving wife to Hugo Gonzalez, as well as the backbone of this restaurant.

Her husband, family, and friends have done an amazing job of pulling together in their grief to care for the baby. Now we, her Mad Rose family, will rally around them.

From an ACPD press release:

The Arlington County Police Department has taken into custody Shahed Quayum, 49, of Arlington VA, following yesterday afternoon’s pedestrian collision in the 3100 block of Clarendon Boulevard. Quayum has been arrested and charged with DUI Maiming.

On October 4, 2016, at approximately 2:52 p.m., officers were dispatched to an accident with injuries in the 3100 block of Clarendon Boulevard. An investigation by the Critical Accident Team determined that a vehicle traveling eastbound on Clarendon Boulevard drove on the sidewalk as it crossed Washington Boulevard, striking a pedestrian in the crosswalk and knocking down a light pole. The pedestrian suffered minor injuries and was transported to Virginia Hospital Center. The vehicle continued on the sidewalk, striking a second pedestrian and trapping her under the vehicle. The Arlington County Fire Department extricated the victim from under the vehicle and transported her to George Washington University Hospital with serious but non-life threatening injuries.