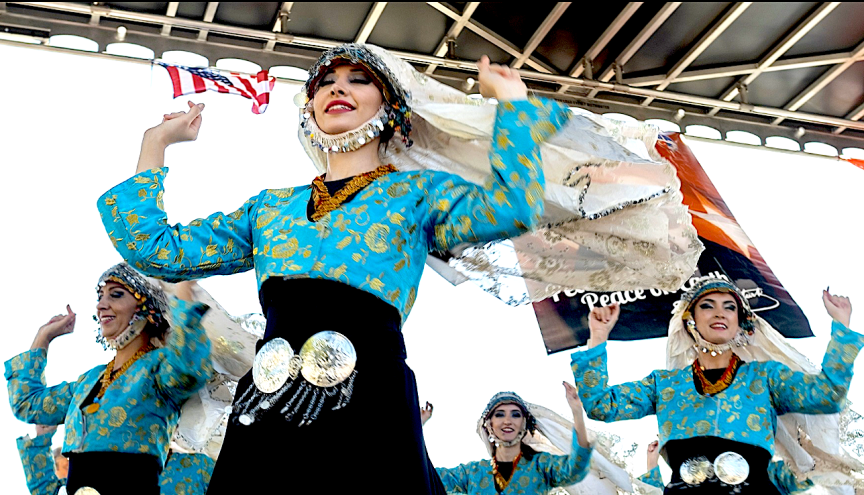 On October 16, 2002, the Turkish Festival returned for its 20th anniversary on Pennsylvania Avenue between Third and Seventh Streets with authentic foods, a bazaar, musical performances, art, dance and other cultural activities.

The Turkish Festival is a community event organized and presented by the American Turkish Association of Washington DC. The festival is made possible through the generous and dedicated support of volunteers and community partners.

Each year, ATA-DC’s Festival Committee works hard to develop a more attractive event in order to increase the number of visitors and thus, to more fully accomplish the event’s mission. Over the years, these efforts have paid off, and they now have more artists, food vendors, and retail vendors than ever before. Over 20,0000 visitors visit each year.

Many Washingtonians came to get a sip of Turkish coffee, which came with the bonus of a fortune reading from the leftover grounds, or a cone of sticky, sweet, and stretchy Maras ice cream, which was served with some tricks.

Reading coffee grounds is a tradition in Turkey dating back to at least the 18th century. The fortune teller “reads” the patterns in distinctive Turkish-ground coffee remains left both in the cup and on the saucer.

“The Culture and Tourism Tent” hosted exhibitions as well as demonstrations of Turkish arts and culture. There were Mini Grand Bazaars: and more than 40 arts and crafts vendors showcasing Turkish jewelry and hand-woven textiles at the Turkish bazaar.

The Kids’ Tent provided hands-on arts and crafts and the opportunity to create unforgettable memories with parents and children meeting Turkish children’s book authors and getting their books signed.

There were diverse live performances by local and visiting performers emphasizing Turkey’s role as a cultural bridge between Asia, Europe and the Americas. The Festival brought together a wide range of artists and tens of thousands of Washingtonians in an environment that fostered intellectual curiosity leading to fun and engaging interactions.