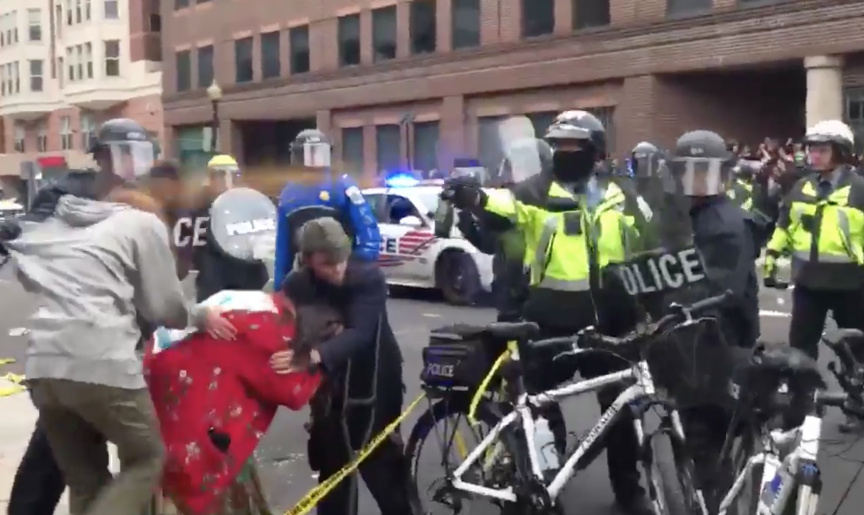 DC Police arrested 230 on Inauguration Day and charged all of them with felony rioting.

Many of the protesters were dressed in black clothing, scarves and masks. Picking up bricks and using crowbars, they smashed storefront windows and even set fire to a limousine.

Due to the mayhem and black bloc gear, investigators may have difficulty identifying who specifically did the damage as opposed to those who were caught up in the mayhem and simply rounded up.

Still the DC law specifically states that all a protestor has to do is willfully incite a riot or urge others to participate, so the act of smashing or burning is not required to be charged.

Supposedly a reporter who happened to be covering the protest was also rounded up and arrested.

So all 230 who were arrested were subsequently charged with felony rioting then released and given a court date in February.

Since Disrupt J20 were protesting against Trump, the U.S. Attorney’s office which is a branch of the DOJ will certainly throw the book on them.

The protesters will certainly face a difficult time proving their case. Not since the Mount Pleasant Riot of 1991 has DC charged this number of people for felony rioting.