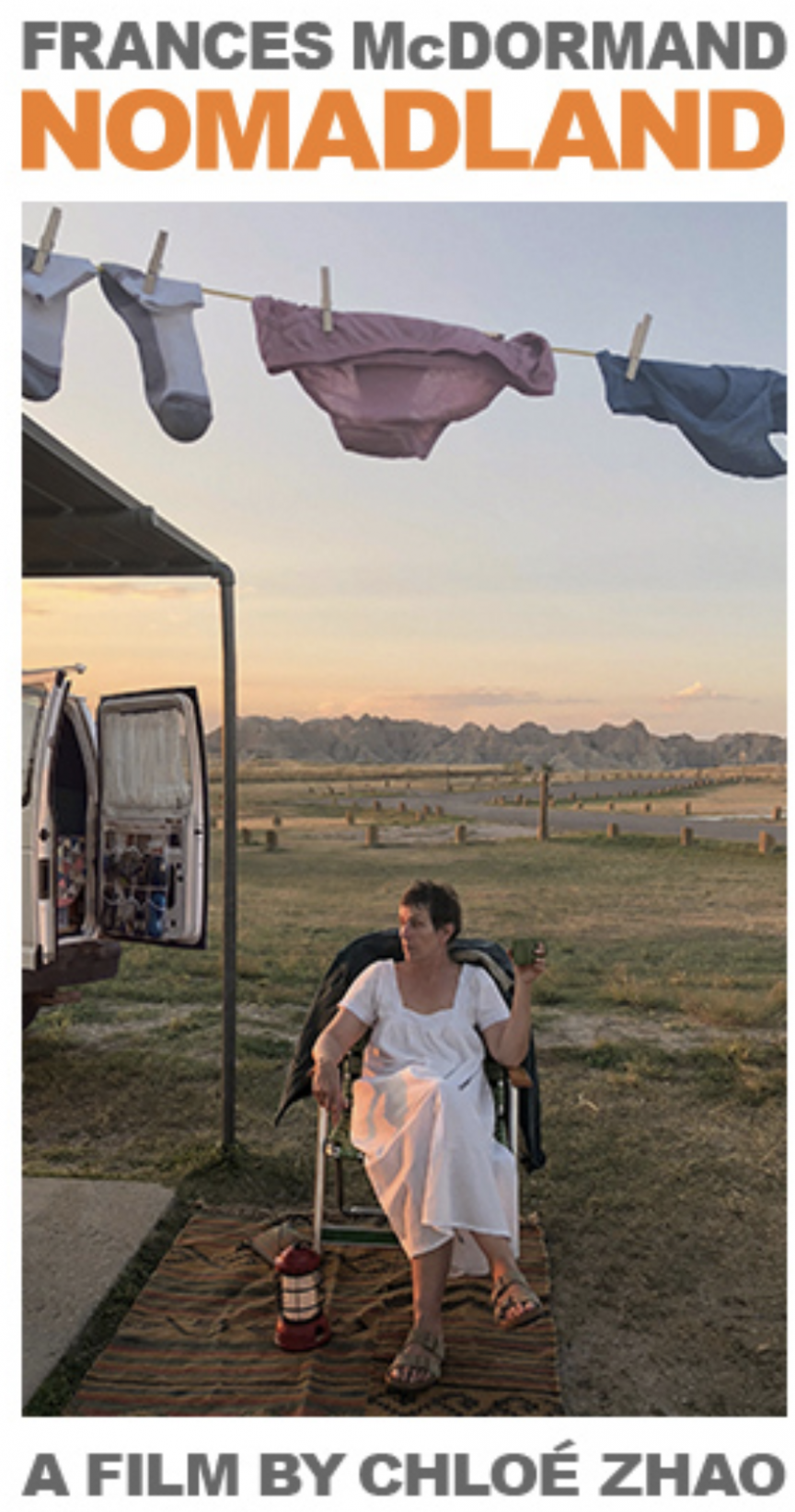 If you ever want to travel the country in an RV, your movie has finally come.  Fern (Frances McDormand), recently widowed, moves into a van during the Great Recession, and travels in the American West finding work along the way.  One big employer is Amazon through a program called CamperForce, where she meets Linda May, a fellow Nomad who plays herself.

Linda has experienced economic hardship, has contemplated suicide and can’t get by on social security.  Fern and her late husband lived in Empire, Nevada until the Gypsum plant closed down and the zip code was discontinued.

Fern spends many nights off work walking and meeting fellow travelers. One such Nomad is Dave played by David Strathairn who she becomes really good friends with.  Though they never form a romantic relationship, they danced at a country and western bar, and she finally visits Dave and his family at his home when he becomes a grandfather.

One of the key Nomads that we see a lot of is Bob Wells, a legendary van dweller who has inspired millions with his CheapRVLiving youtube channel.  Bob was able to open up about his divorce and loss of his son from suicide. Then there’s Swankie who is suffering from terminal cancer, and wants to see this great country in her last days.

Zhao does an amazing job with real life characters blending fiction and nonfiction.  Her crew including Frances traveled in vans so they could meet real-life Nomads during the four-month production. Thankfully nothing exciting or tragic happens to Fern. The worst thing is a flat tire and extensive van repairs that requires borrowing money from her sister.   It’s really a story about nothing, but then again a story about everything.

“One of the things I love most about this life is that there’s no final goodbye. You know, I’ve met hundreds of people out here and I don’t ever say a final goodbye. I always just say, “I’ll see you down the road.” And I do. And whether it’s a month, or a year, or sometimes years, I see them again. And I can look down the road and I can be certain in my heart that I’ll see my son again,” Bob Wells.