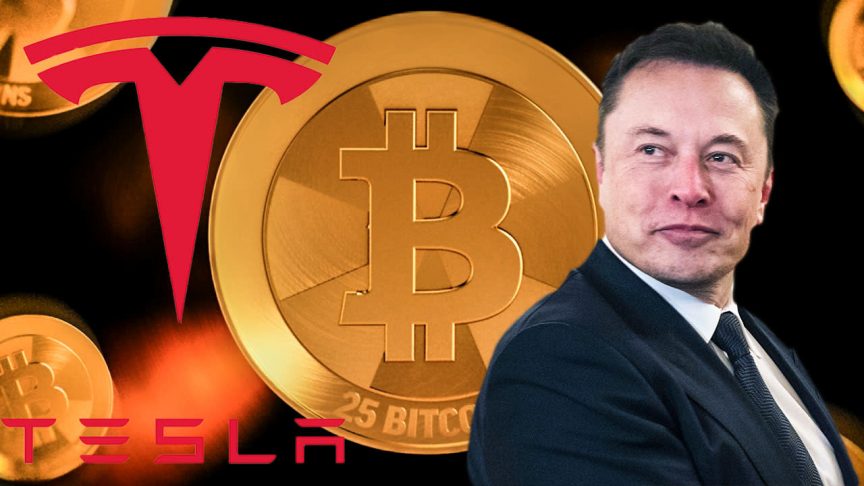 Bitcoin shot to the moon today with news of Tesla adding $1.5 Billion Bitcoin to its balance sheet.  The company also announced that they would be accepting the cryptocurrency as a form of payment for its electric vehicles very soon.  The price went from $40,000 to an all time high of $48,000 the next day. The news came from a 10K filing – $1.5 billion in #Bitcoin represents an allocation of 7.7% on gross cash or 15.1% on net cash.

But it was the price of Bitcoin and Altcoins that saw a stratospheric run, Mining and Blockchain companies saw huge increases.

Elon Musk’s decision is quite risky – a drop in the volatile Bitcoin’s value could easily erase a couple of quarters’ earnings.  Say Bitcoin drops 20 percent.  Tesla would then reflect this drop in its quarterly earnings report.

Let’s imagine that Tesla’s income for this quarter is $400 million.  If Bitcoin drops 20 percent, it would reduce it’s income to $100 million. This could significantly affect their earnings to the point that it could cause a huge sell off in its stock.   However, if Bitcoin’s price continues to climb, Tesla does not need to report this increase as income.  So this decision, though risky, looks like a win win whichever way Bitcoin goes.

Interestingly, Tesla’s investment in Bitcoin has already gone up $500 million from when it first made the purchase.

Institutions are now big believers in Bitcoin and companies like MicroStrategy and Tesla may create a ripple effect.  If Apple, Google, Facebook, etc., follow MicroStrategy’s lead, the price of Bitcoin may double from where it is today.

However, if Bitcoin drops, this could cause a huge selloff in companies that invested in Bitcoin and perhaps the rest of Wall Street may follow.