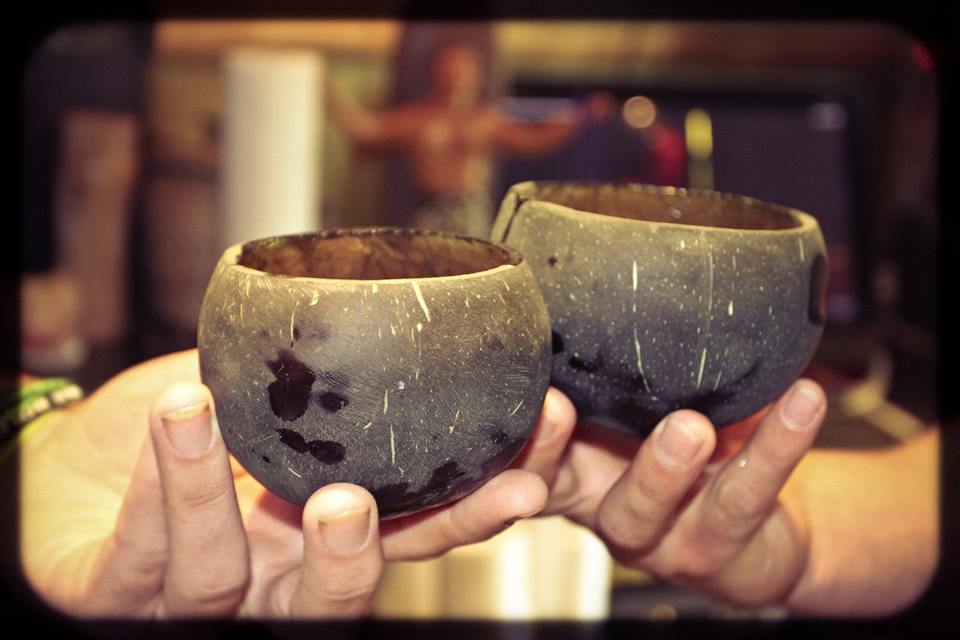 While in #MiamiBeach, I was in the mood to chill and get something to drink.  So I stumbled onto the Purple Lotus.

“What kind of beer, do you have?” The bartender looked at me funny. “This is a kava bar,” he shrugged.  “Kava…what’s that.”

“It’s a muscle relaxant,” he said nonchalantly. “It reduces anxiety and helps you sleep better.”

Sleep better — that’s exactly what I need — I had not slept much since arriving to South  Beach three days ago.

My bartender served me a bowl of sandy water served in a wooden cup. Out of habit I sniffed it, then took a ceremonious swig.

Yuck…I almost spit it right out.  “What the hell is this shit..taste like sandy earthworms mixed in castor oil.”

With that I continued to take little bitty sips of my kava along with generous sips of water.  And since I had not eaten, the kava started to take effect right away.  Within 10 mins I was already feeling a calming l buzz.  Within 30, I felt so sedated, I wondered how I could find my way home. An hour later, I lay peacefully, sound asleep on my bed — well my rental minivan really, but the sleep though uncomfortable was truly one of the most relaxing

So the first night of Kava was a stupendous success. Not only did I feel extremely relaxed, I felt euphorically happy, and I didn’t have the bloated, comatose feeling from drinking too much alcohol.

In fact, the effects were too good, there had to be a part deux.

The next night, I was fortunate to run into Kristy McDonald, one of the owners.  We talked about the proposed bill to ban krotom in Florida, Ian Mautner’s death, and the side effects of using the drug.

Kratom is from the coffee family and was first introduced to the US as a substitute for coffee.  The plant is harvested from Southeast Asia for medicinal purposes, though it is illegal in Malaysia, Thailand and score of other countries. Many people claim Kratom is highly addictive and it has been linked to several emergency room visits and death.

The drug has already been banned by the US Military and government has placed it on a drug enforcement watch list.

Meanwhile back in DC, the Feb 26 deadline for Congressional review is set to pass this week.  If Congress doesn’t block the District from legalizing marijuana, Washingtonians will be able to smoke weed at home and other private places.  The catch 22 is that while they can possess weed, they can’t legally buy it.