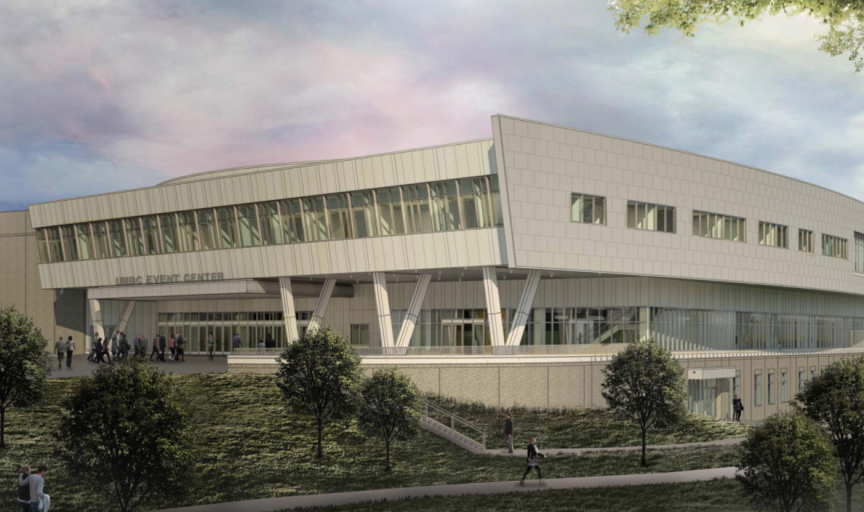 After two years of construction the UMBC Events Center will open this Saturday at 4pm with a men’s basketball game against the Vermont Catamounts.

Nancy Young, the school’s vice president for student affairs, said that the Event Center was built to enhance athletics, student life and the university’s relationship with the community.

UMBC’s varsity men’s and women’s basketball teams, as well as its women’s volleyball team, will play home games in the Event Center.

Other resources in the 172,000-square-foot building, including an academic center and a sports medicine facility, will be available for all of the school’s 400 student athletes

When the Event Center is not being used for games, it will host events such as concerts, trade shows and commencement ceremonies for UMBC and nearby schools.

The arena is built to accommodate major tours with a rigging system capable of holding more than 100,000 pounds. When the removable basketball floor is stored away a stage can be installed and 1,000 extra seats can be lined up on the concrete floor.

The UMBC just held its open house today with free food and fun family events. After the Grand Opening on Saturday, the Harlem Globetrotters will be playing in the arena on March 15th.