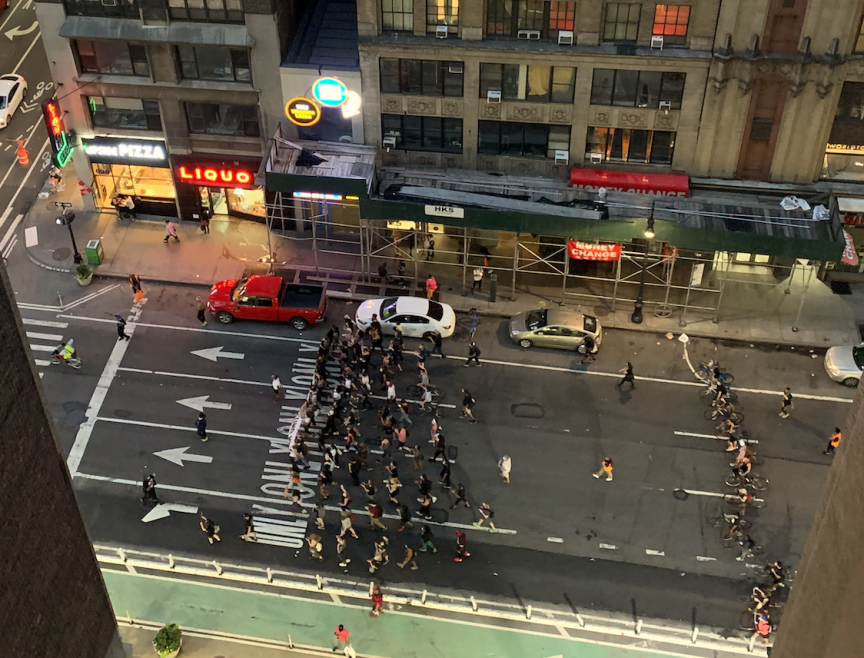 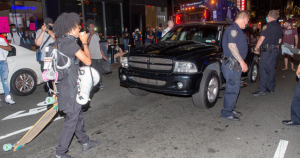 The driver was surrounded by protestors and wanted to get through.  He was asked to go a different direction. One of the protestors stuck a knife into his tire. The driver then hit the accelerator dragging a bicycle about 100 yards.  Protestors then chased down the vehicle and surrounded it until cops arrived.  No one was seriously hurt.

The driver was taken into custody.  No charges have been filed.

July 7th 2020, day 39 of protesting in NYC: what started as a beautiful non violent protest was ended by a traumatic, hurtful and scary incident. A black SUV plowed into our protest hit and dragged three bikes. We were a block from ending our protest, between Bryant Park and … pic.twitter.com/9I0jnldBC8