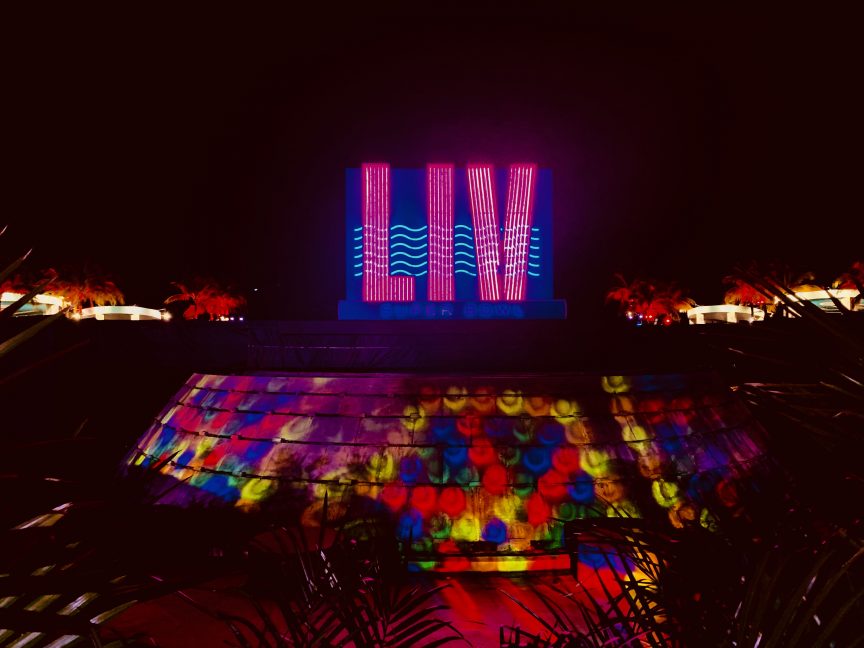 Miami knows how to host a football-themed party.  Of the LIV (that’s 54 for those not fluent in Roman Numerals) Superbowls held since 1967, Miami has hosted 11 of them.  KC played in that first one way back in 1967.  The 49ers have played in seven – if they win this one, they will tie with the Patriots and Steelers with 6 victories.  A lot is on the line. 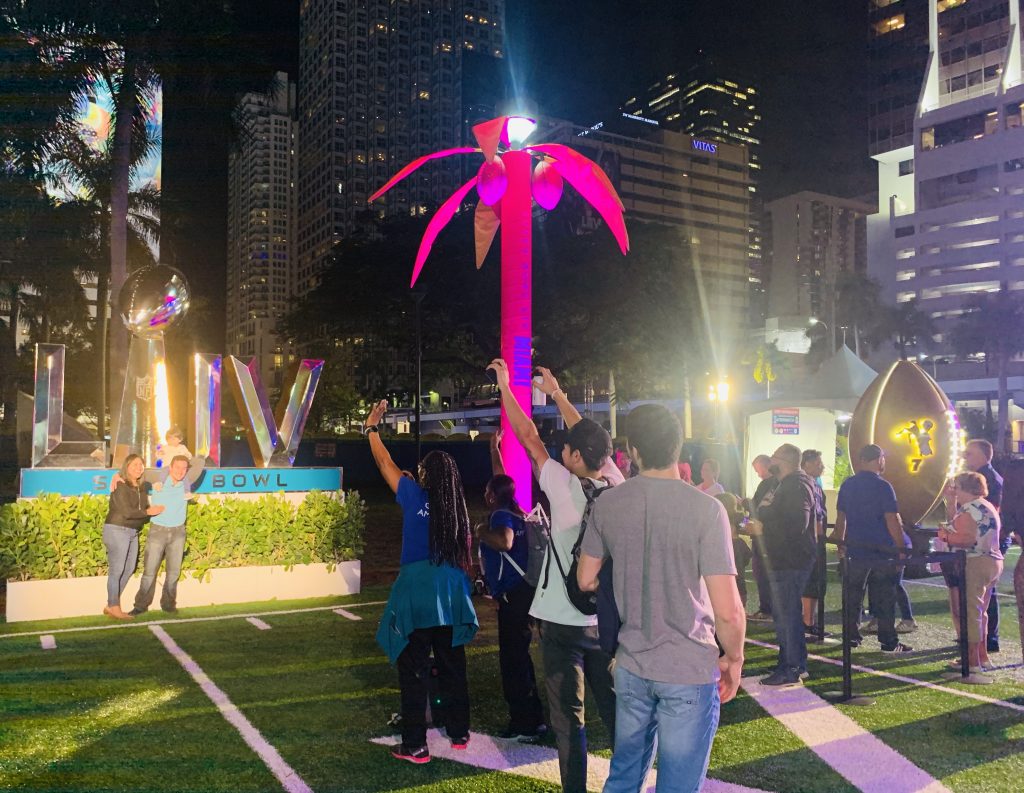 And in keeping with Miami’s super spirit and style, the festival did not dissapoint. 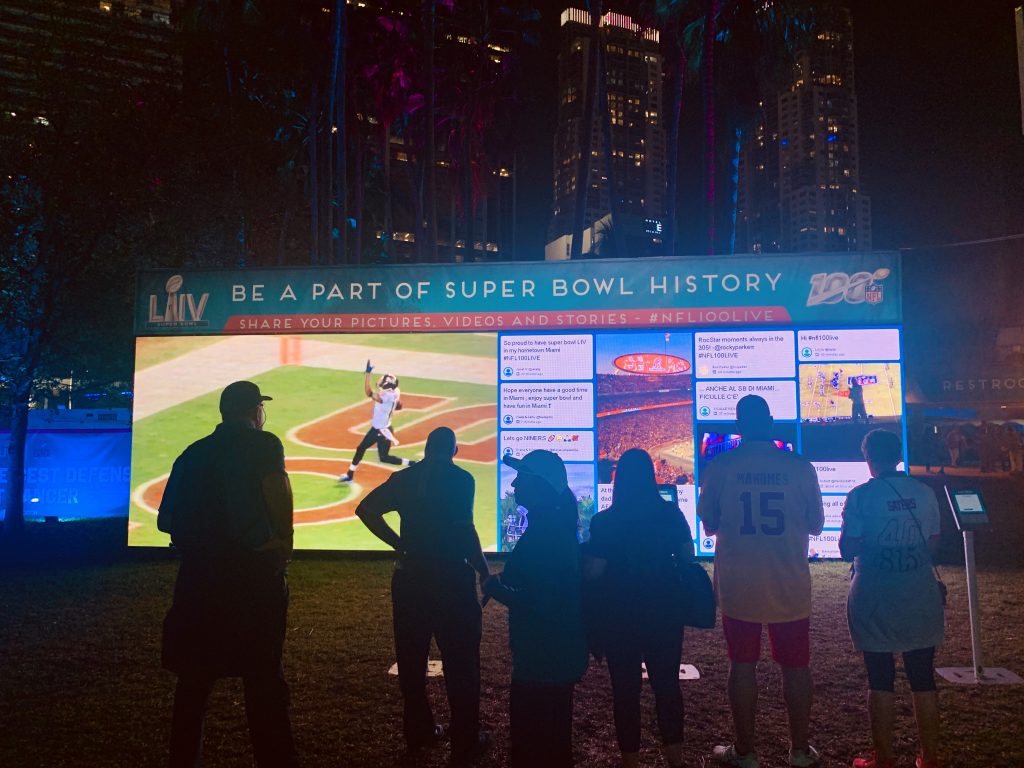 It’s easy to see why Miami is such an awesome host city for the Big Game. Besides the weather, there are a ton of celebrities who already own homes here.  So there’s already much lavish glitz and big hits in town 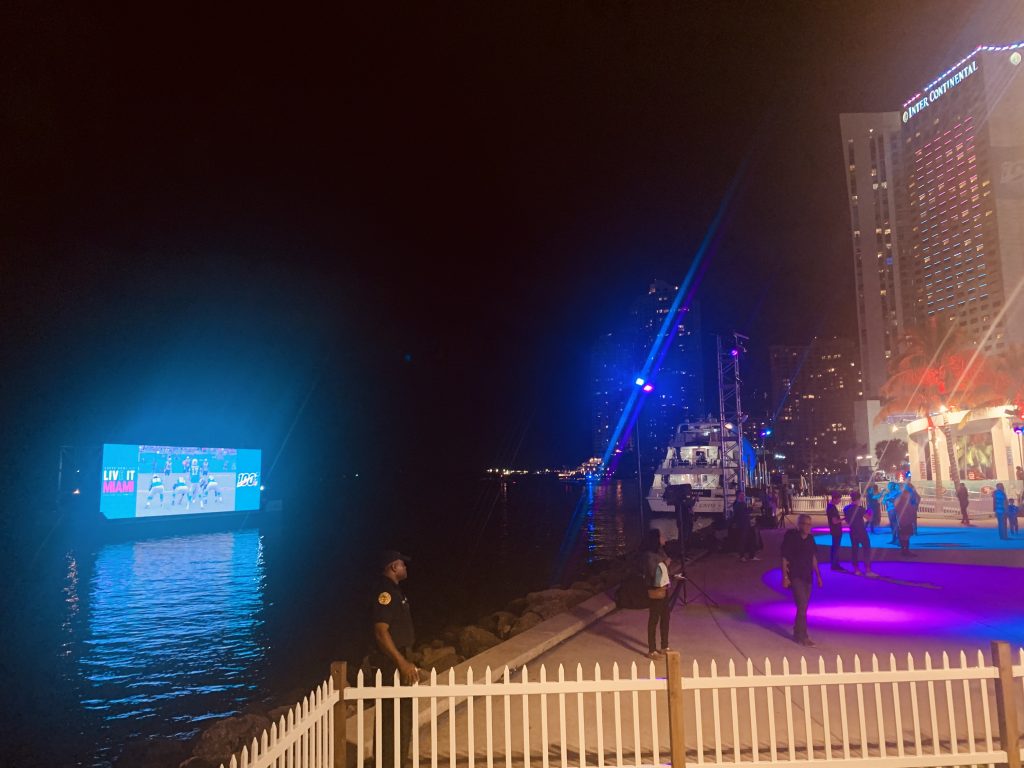 There’s even a floating Jumbotron that cruises by to grab the vivid attention of guests. 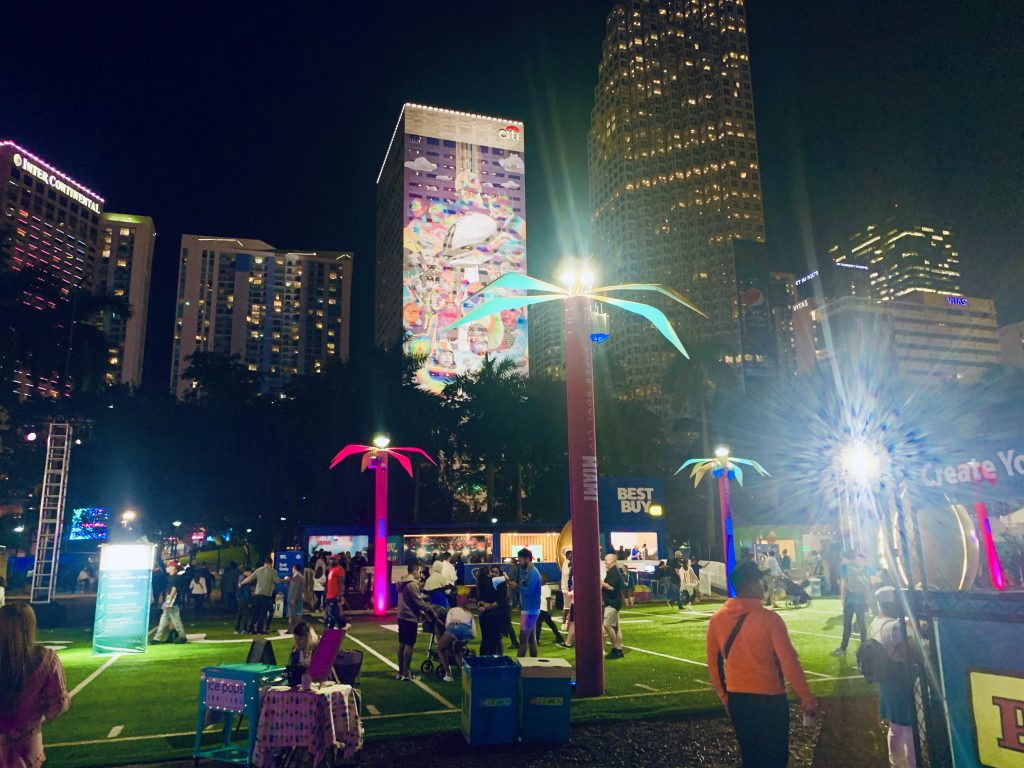