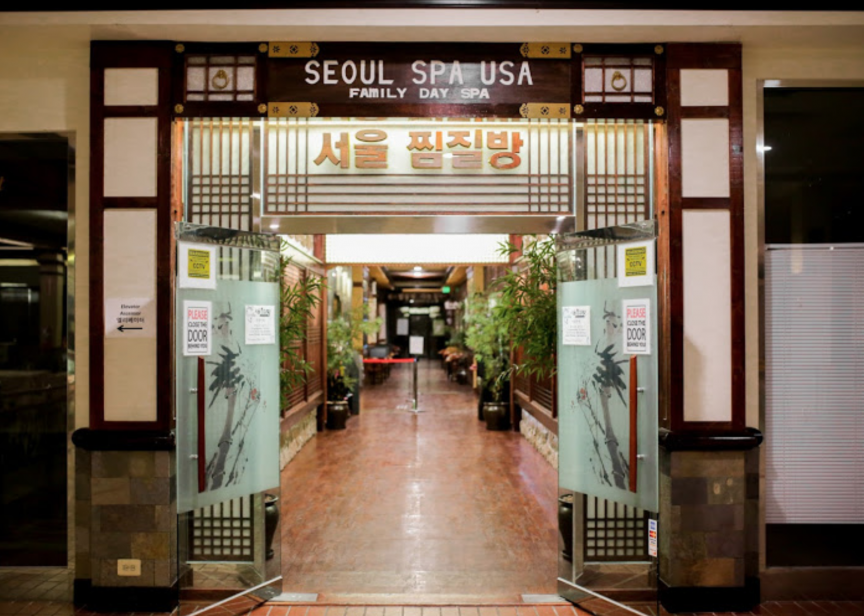 It took me a while before I mustered the courage to visit Seoul Spa. I’ve heard nothing but great things about Korean Spas, but never made the effort to bare my soul. And I’m glad I finally did.

For first timers visiting a Korean Spa can be a  eye-opening experience. The uniform rules in the wet spa is very simple and totally non-negotiable. Nothing should be worn.

Thankfully, I went earlier in the day, when it was not busy. After getting in the buff, I quickly showered than took a dip in the first bath which was a hot jacuzzi that had a large tea-bag running hanging from the faucet.

The hot water wasn’t scorching so it was just right and I smelled and felt the fresh detoxifying aroma from the green tea. 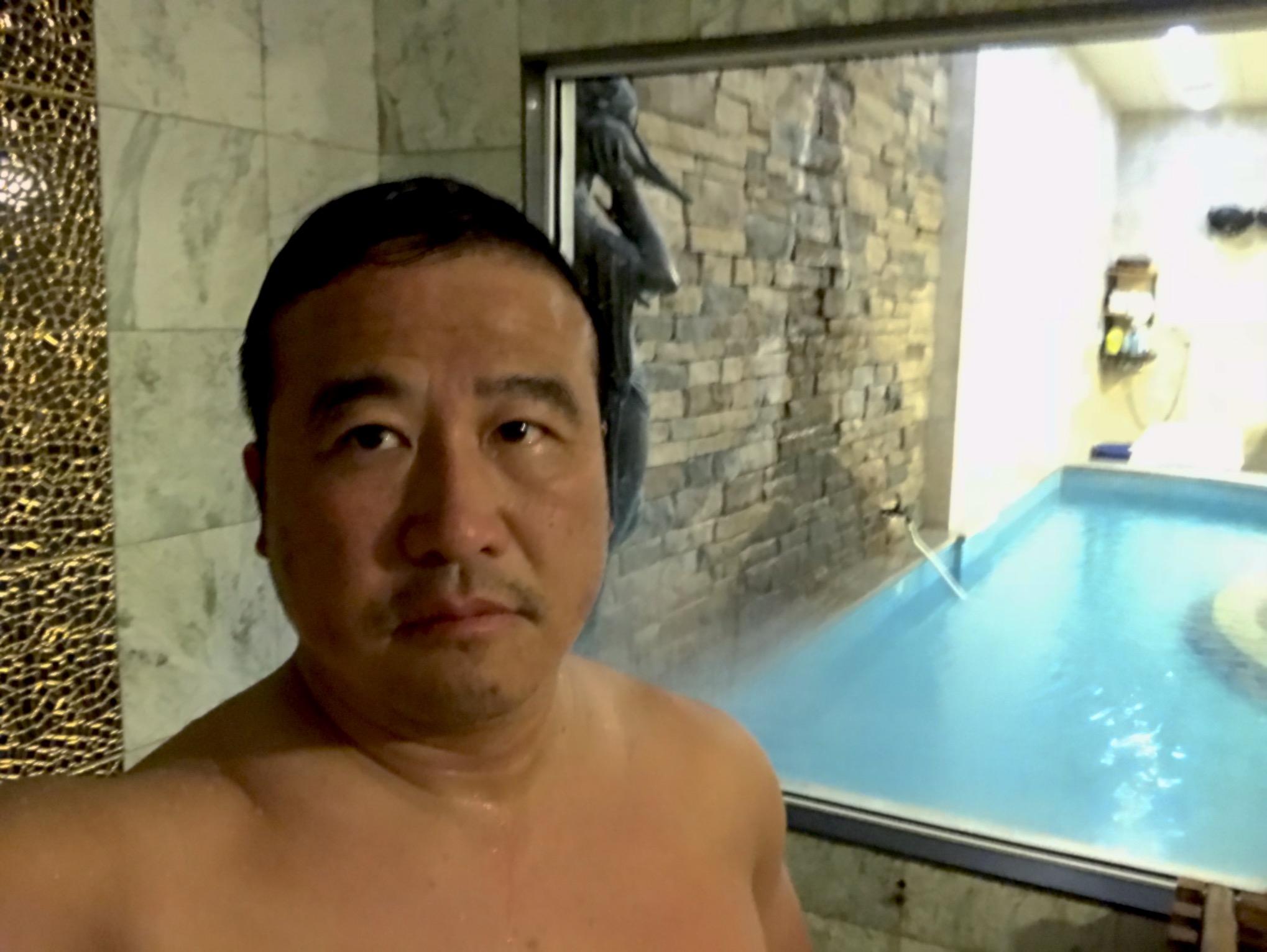 After 15-20 minutes, I headed straight for the hot sauna which was set at 210 F.  Dry saunas are made of wood which absorbs excess humidity from the air — keeping everything dry.   The dry heat felt relaxing and luckily I remembered to bring my Spa-issued kitchen-sized hand towel to sit on.

I could have stayed for 20-30 minutes but after just 10, my blood vessels were dilated and my skin felt hot to the touch. 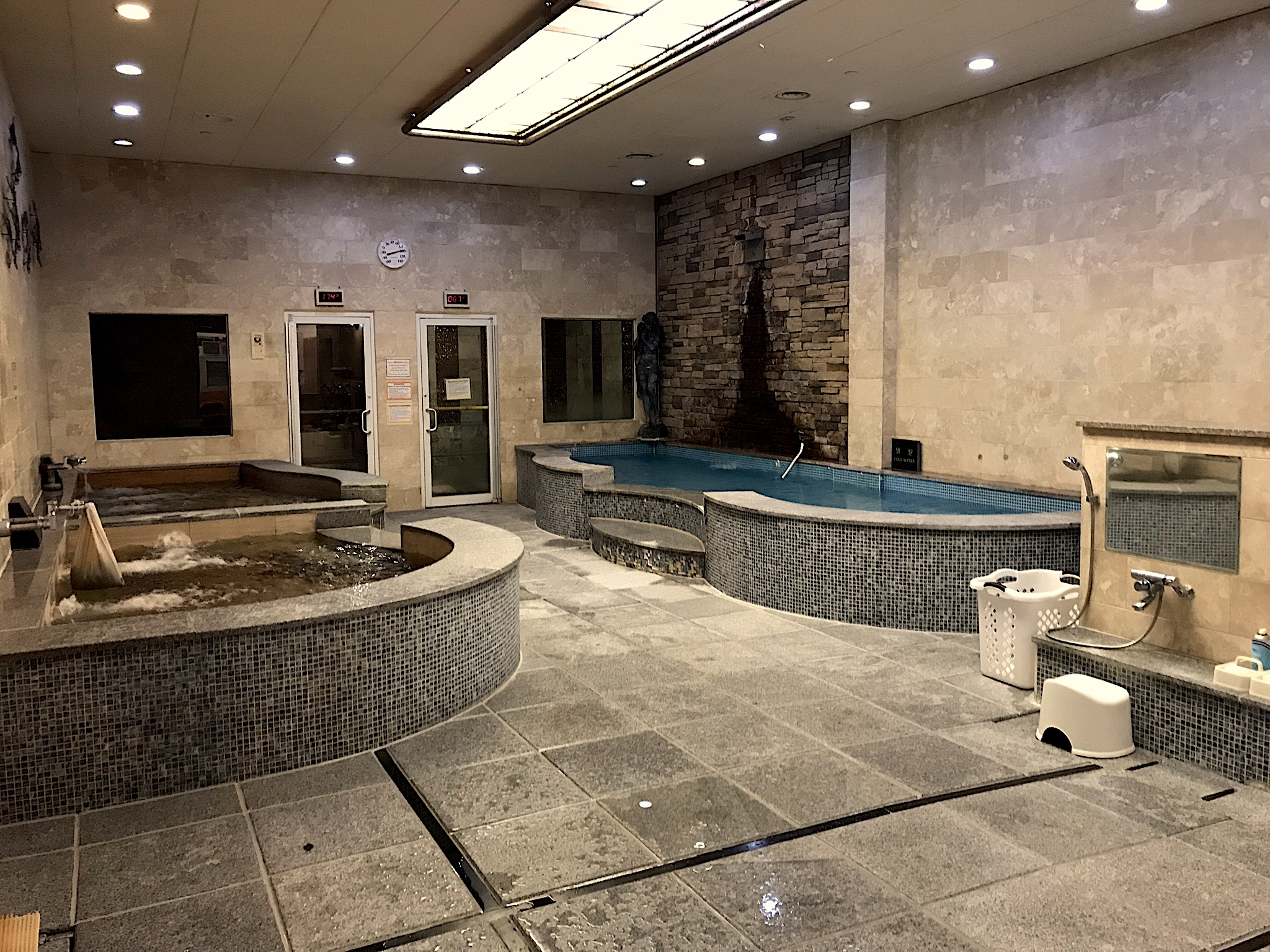 Without hesitation, I dipped into the cold bath. The chilled water was probably set at 45 F but for all intents and purposes it felt like -45 F.

First my feet, then my lets, then my torso and finally my entire body up to my neck. I let out a muffled scream, trying my best not to draw attention. Then I decided to submerge my entire face in the water. The longer I stayed, the less painful it became.

The heat from the sauna loosens stiff joints and inhaling the steam loosens airways and clears sinuses. 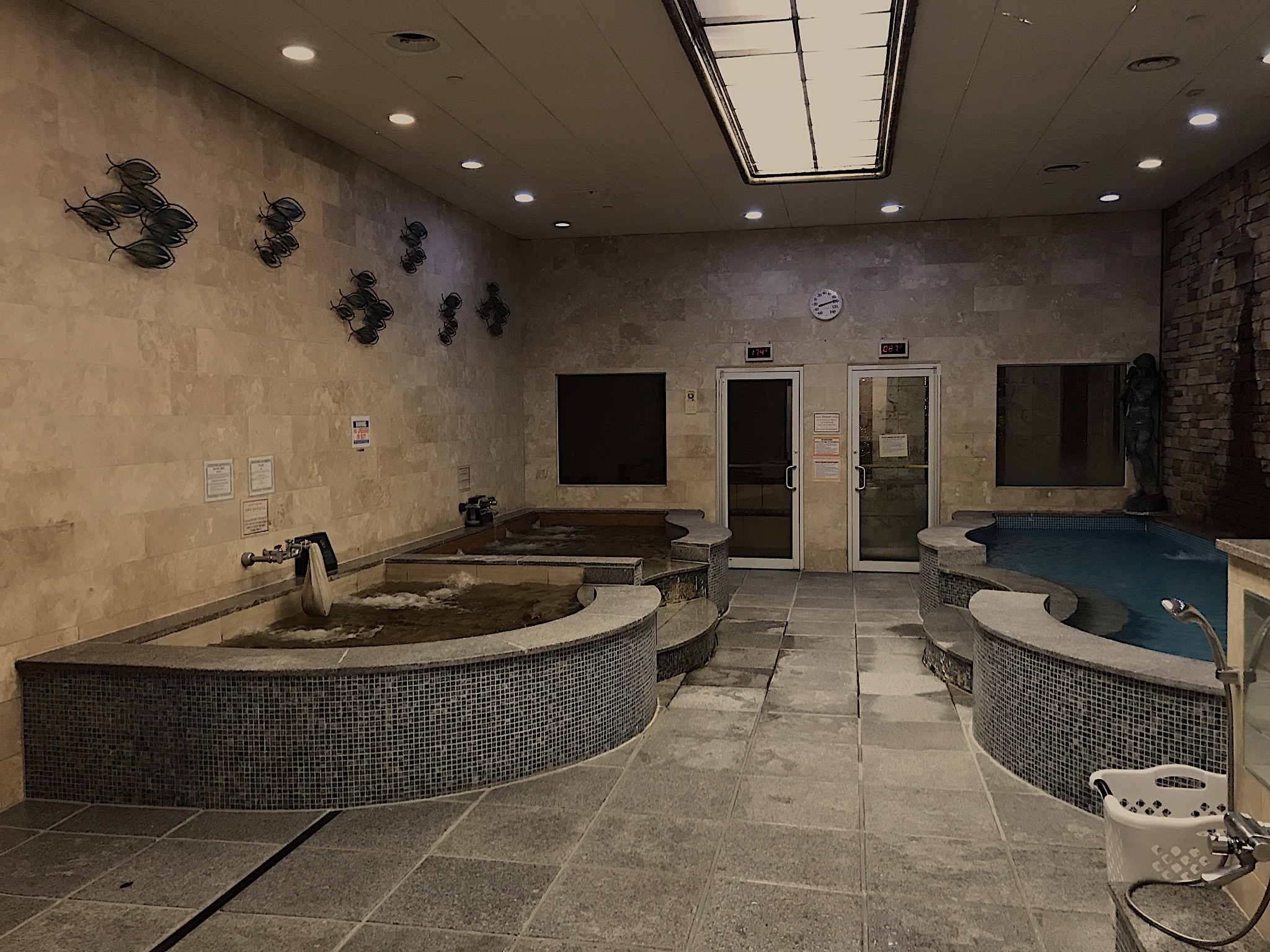 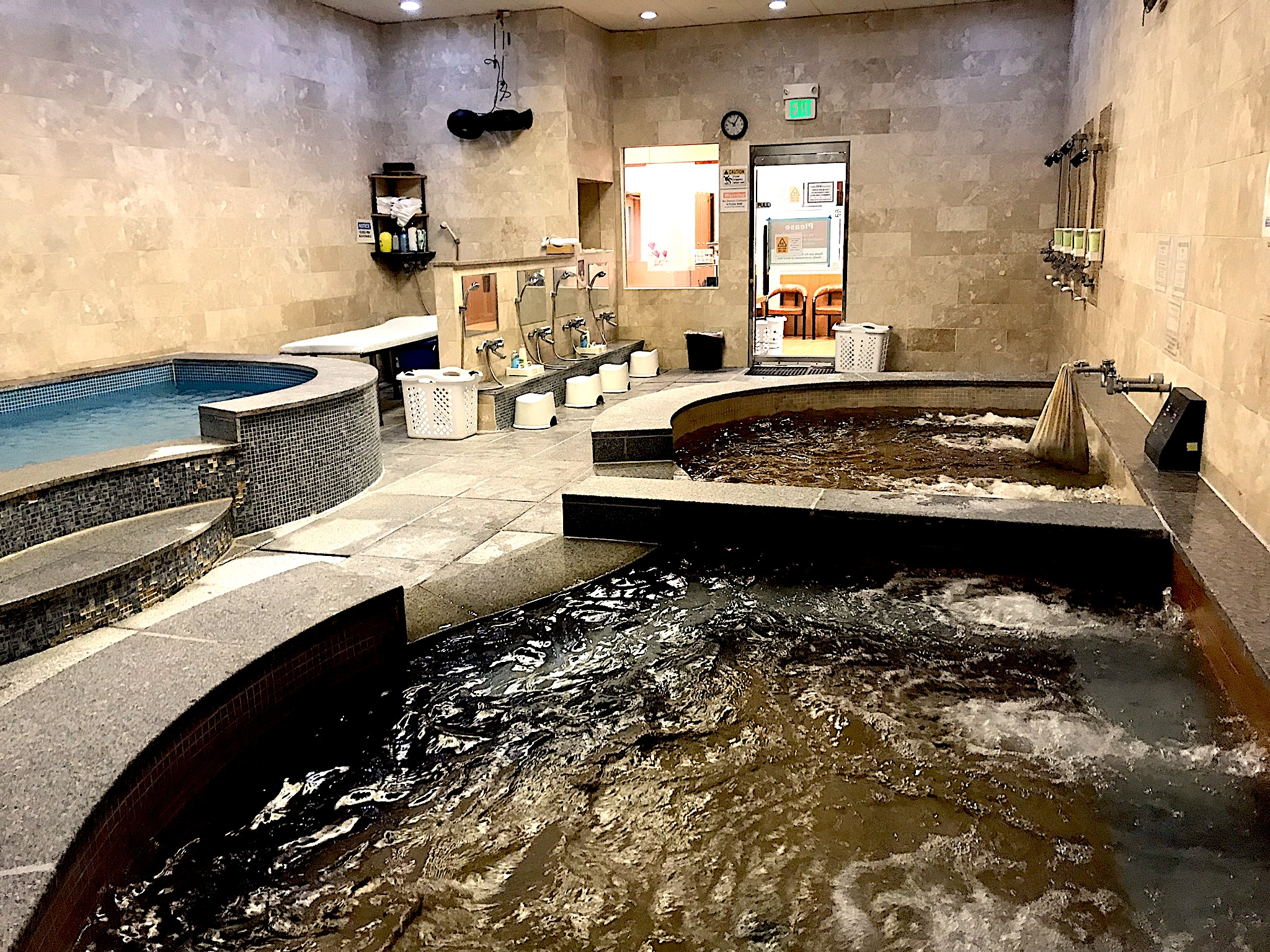 After 90 seconds, I had enough of the cryotherapy and my legs felt rigid but relaxed.  I then dipped into the hot jacuzzi again and repeated this cycle for three more times.

After the first it became much easier — In fact I started feeling an uplifting and relaxing effect from raking my body over the ice and coals.

By the third time through, the wet sauna started to get busy as people were getting off from work.

Just as I would expect from any Korean Spa, there were a handful of gawkers – guys who seemed like they were more interested in the local scenery than the serenity of the spa.

A few positioned themselves in strategic areas so that would be provided with a prime view of people walking by in the buff.

Some even tried to make small talk. I didn’t mind making friends at the gym, but in a spa where everyone is totally nude, I felt a little uncomfortable.

Hence, it was time to do my shower and scrub then don the baggy blue shirt and shorts that were issued and head to the Poultice Room.

The quiet and elegant room was decorated like an ancient Korean village. There male and female could choose amongst four different dry saunas: Himalayan Salt, Crystal, Charcoal and the High Heat which was set to 175 F.

Finally for cryotherapy fans like me, there was the cold room which felt very much like a walk-in beer cooler, adjacent to a ice-box which was set at -20 F.

The cold room was covered on four sides by frost that was over an inch thick and crumbling. I gently pressed my sore knee against the ice and immediately felt the cold but relaxing sensation.

Like the wet sauna, I repeated this cycle three times. Then I made a brief visit of the fitness room, which was roomy and well stocked with plenty of bike machines, treadmills and stair steppers.

All this cycling from extreme heat to bitter cold led to a huge appetite so I visited the restaurant on my way out.

I ordered the Dolsot Bibimbap, exactly what the Doctor ordered. 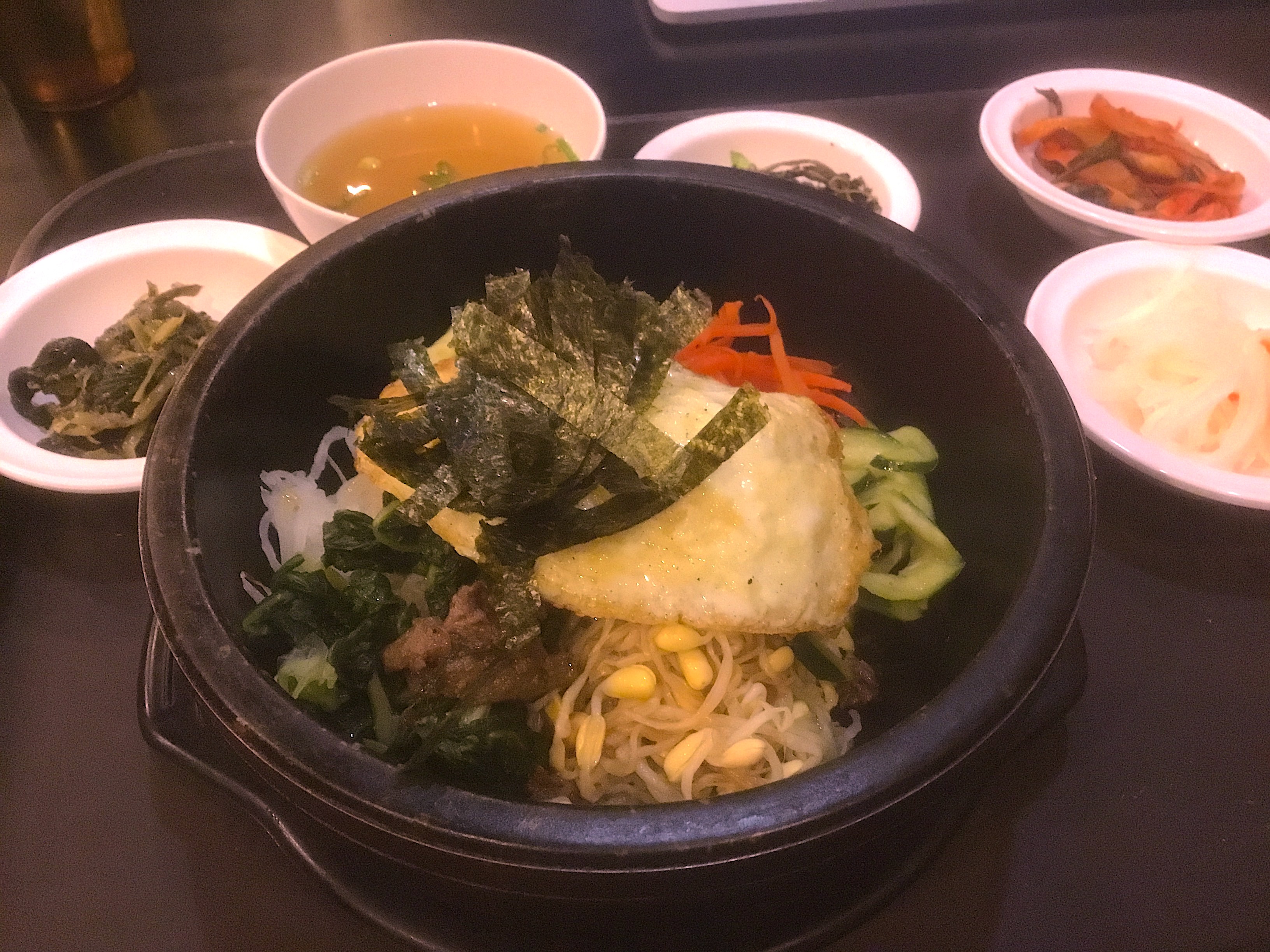 It was then that I realized that I had been at the Spa for over six hours, probably the best six hours I’ve spent in the long time.