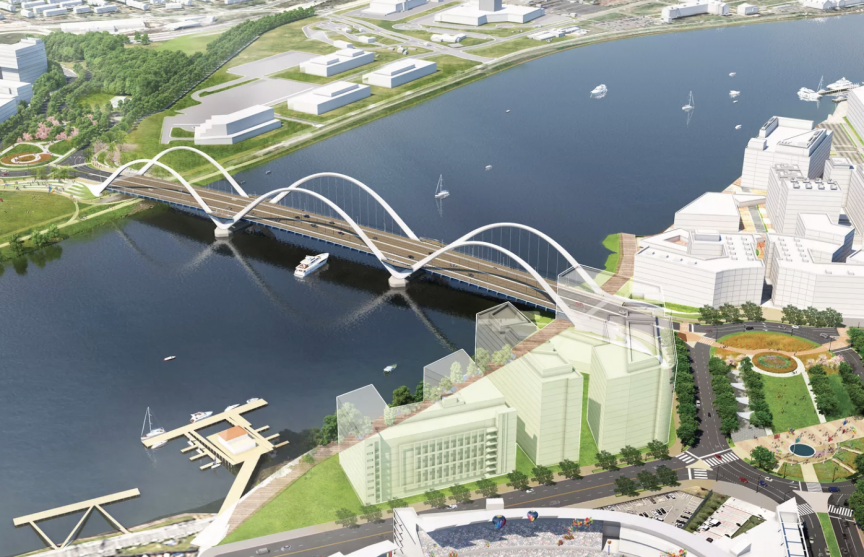 This week groundbreaking began for the Frederick Douglass Memorial Bridge, a project set to be the District’s largest construction project in history.

Mayor Muriel Bowser attended the event, which celebrates the replacement of the 1950-built Frederick Douglass Memorial Bridge and reconstruction of the Suitland Parkway/I-295 interchange.

In June 2014, when the District Department of Transportation (DDOT) revealed the renderings on the new bridge that would replace the 1950-built one, the words that were used to describe the designs included “anticlimactic” and “mundane.” Now, there doesn’t seem to be much to complain about.

In a statement, Bowser described the new designs as “tremendous,” “iconic,” and “a fitting memorial for a remarkable American icon.”

The newly redesigned Frederick Douglass Memorial Bridge will be wider and built parallel to the old one. At the end of each bridge, there will be traffic circles. Drainage and storm water management will also be improved. Sections of South Capitol Street will be redeveloped as a scenic boulevard. There will also be a two-way crossing dedicated for pedestrians and cyclists with a median blocking vehicular traffic. 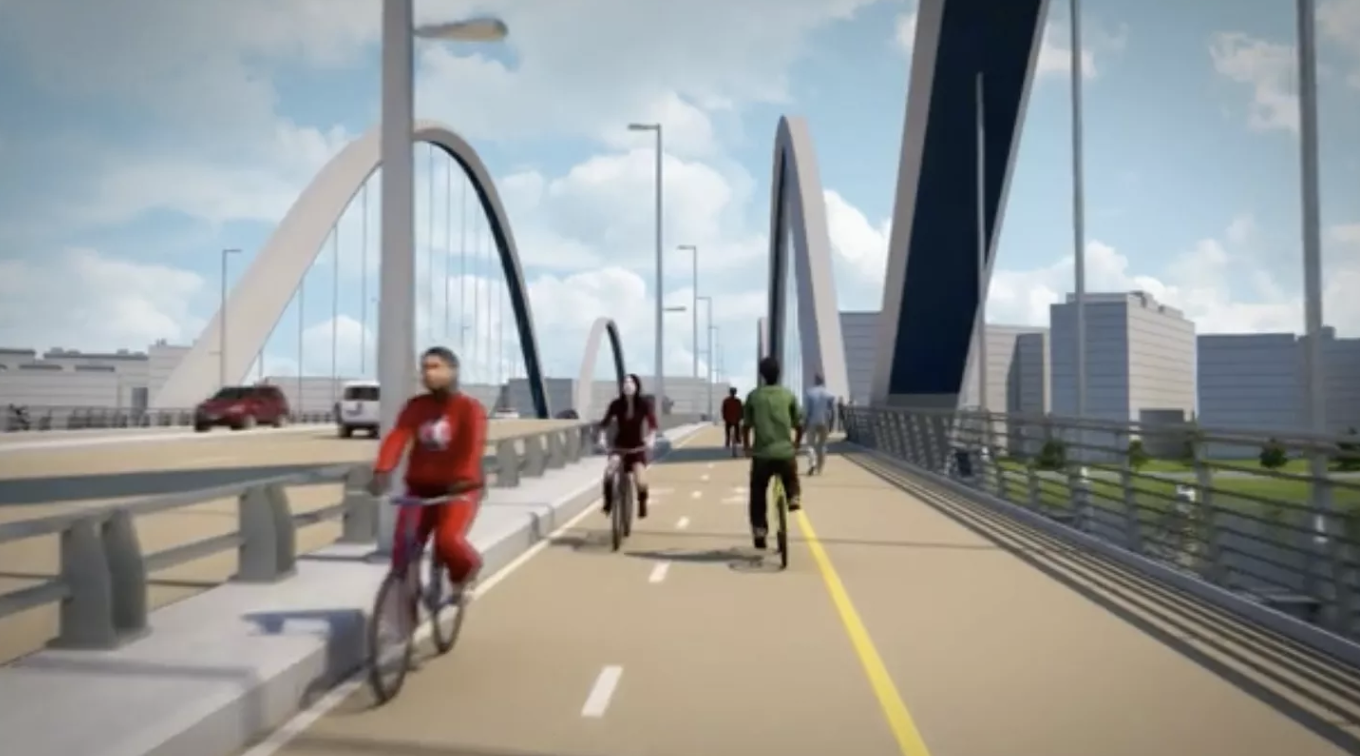