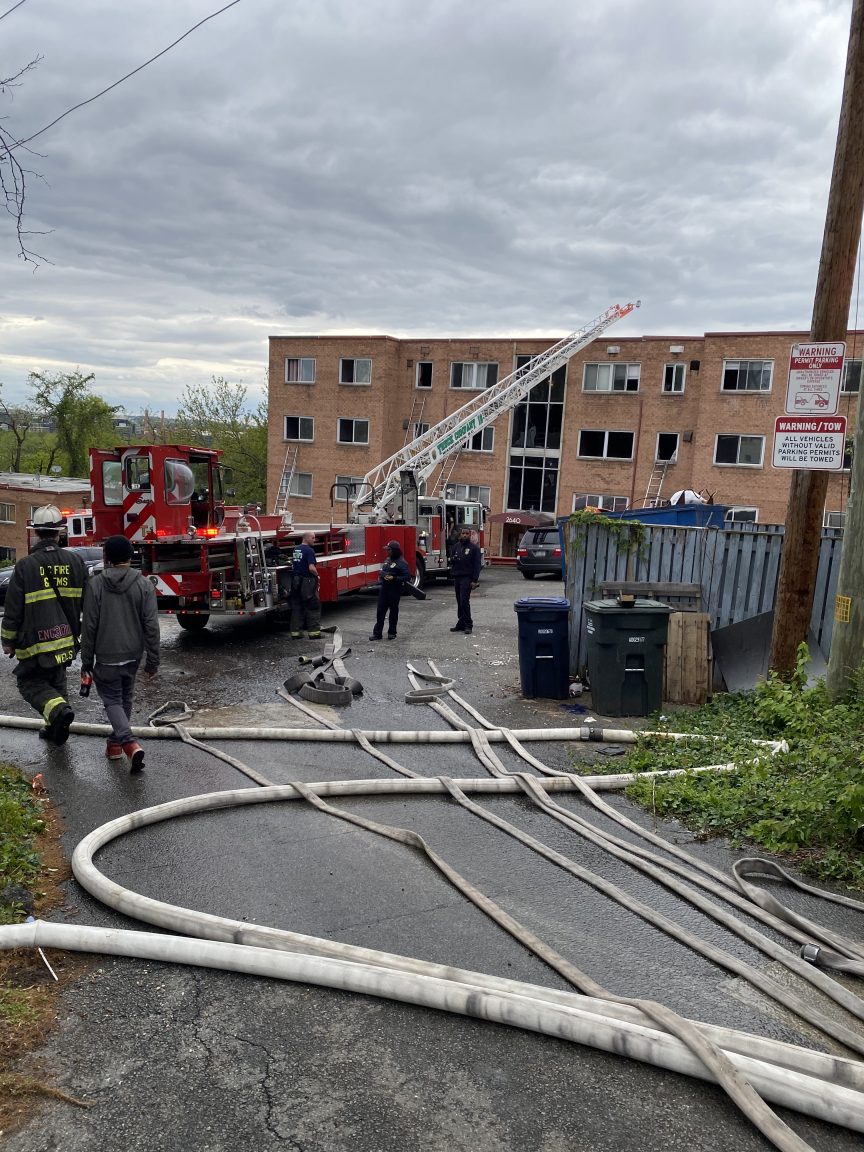 A large fire inside an apartment unit at Wade Road condos have displaced 38 people  (31 adults and 7 children).  Four residents were evaluated and treated at the scene. No firefighters were hurt.

The fire fully engulfed unit #12. Heavy smoke had filled the hallways blocking tenants on both the 2nd and 3rd floor from evacuating. 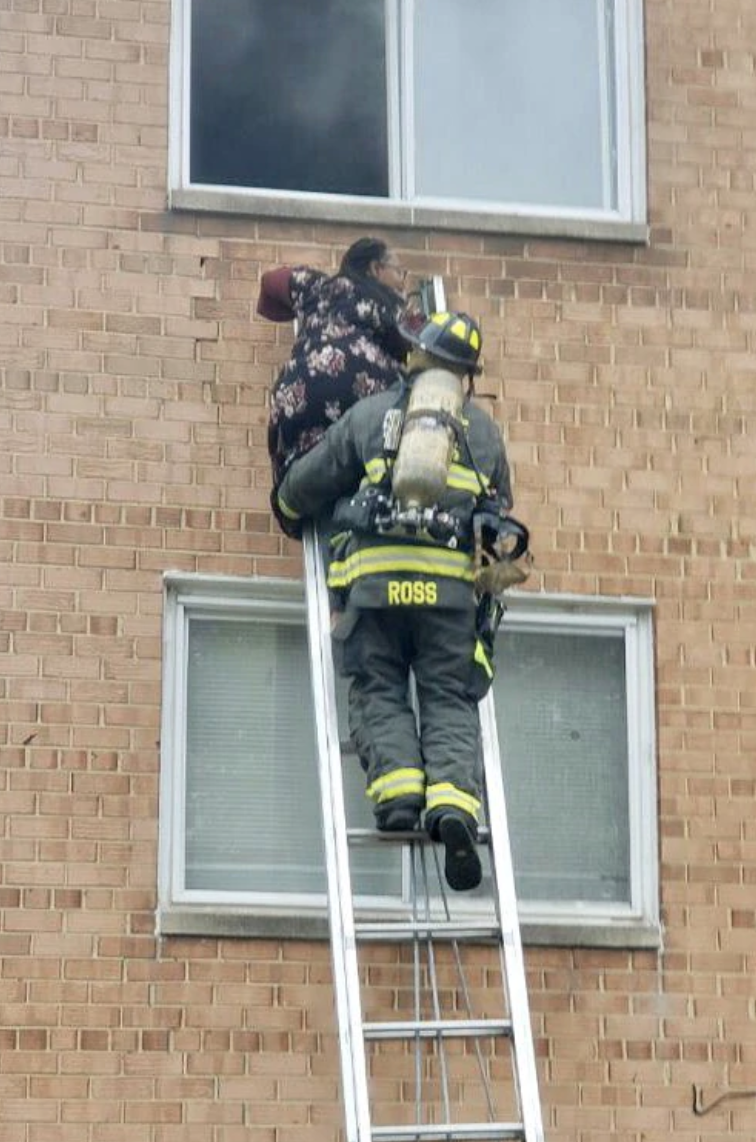 Four residents were evaluated and treated at the scene. No firefighters were hurt.

“We found numerous people were at the windows in distress,” said Vito Maggiolo a DC Fire and EMS Spokesperson. “We got a lot of ladders up and got everyone out safely.”

#DCsBravest placed 11 portable ladders around the fire building on Wade Rd SE, despite limited access in the rear and structure set back from street. This calmed panicky residents and allowed us to remove those in immediate need. As a result, all residents out safely. pic.twitter.com/vhqvVWkYn0 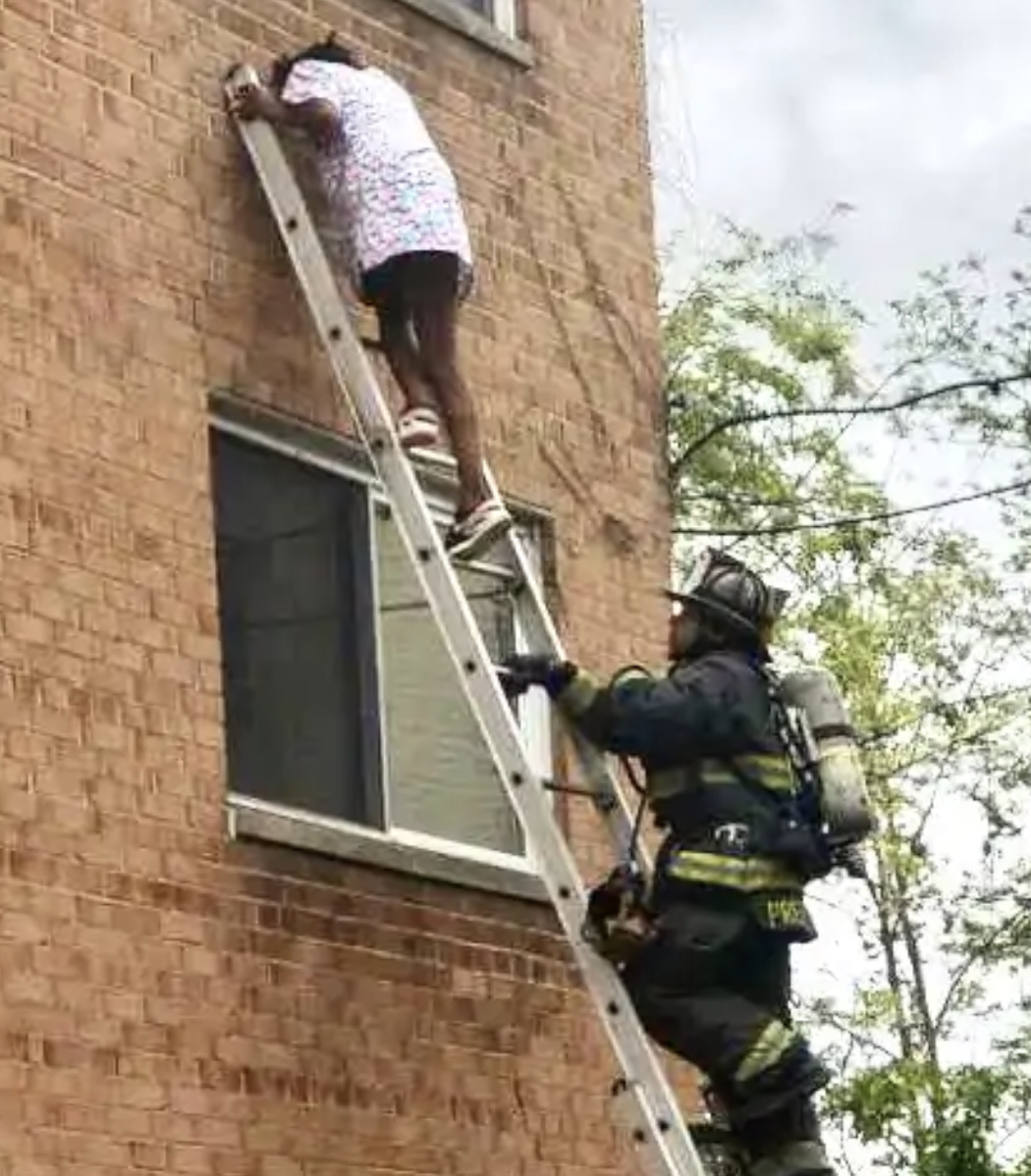 Fire fighters placed 11 ladders throughout the building to get residents out safely.

Officials dispatched 50 medics and firefighters to the scene, and it took about 15 minutes to bring the blaze under control

A cause of the fire is under investigation and the displaced residents are being assisted by the Red Cross.