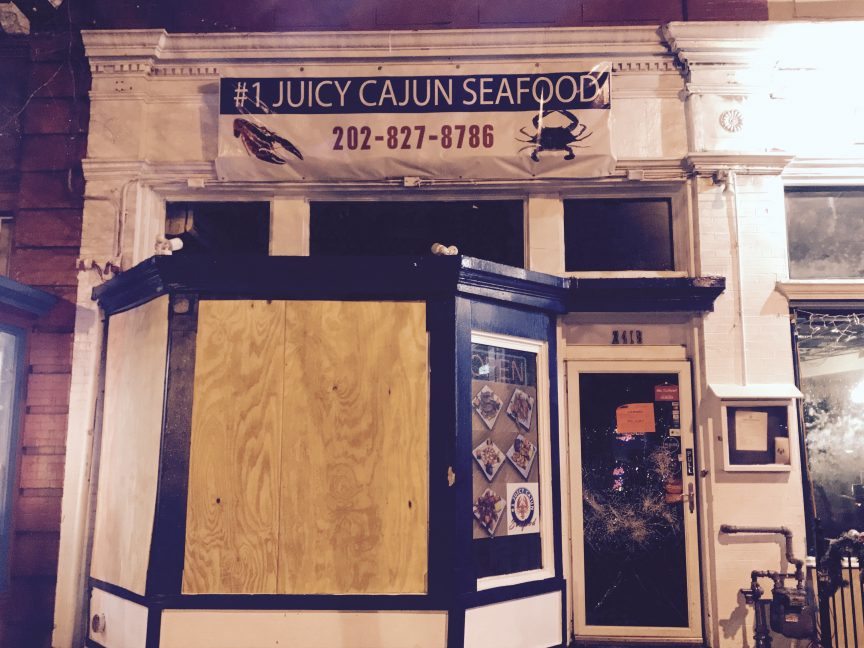 #1 Juicy Cajun Seafood, an Adams Morgan restaurant that has been closed for the last few weeks, caught on fire early Saturday morning.

Fire crews responded to the 2400 block of 18th Street Northwest at 12:17 a.m. and found the #1 Juicy Cajun Seafood restaurant had a fire in the attic. Firefighters use

d hooks to open the roof and pull the ceiling down inside to get to the fire. But after an hour, firefighters had to be evacuated from the due to the compromised structure of the building.

After 90 minutes the fire was reported out. No injuries were reported. Investigators are still working to determine the cause of the fire.