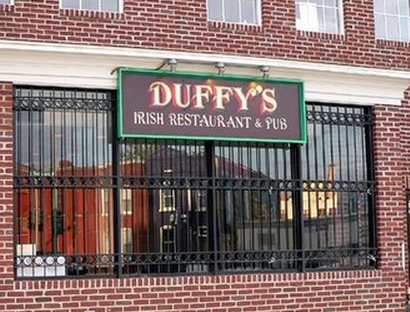 Duffy’s is good for what it is.  It’s ideal to get bar food and drink beer.  The place is known for its wings, but when I took a bite, I quickly realized it’s definitely not the best in the city.

In fact, it’s not even close.  The tots also weren’t amazing. Some were soggy and too salty.

it’s a good place to hang out after a show at the 930 – probably the best thing going for them is the location.  Service and management — rude and the bar manager’s attitude was was cocky and pretentious.

Otherwise it’s a dark, dank bar.  Bathroom is filthy and so are the tables.  The napkin appeared dirty and the utensils had visible food stains.

The beer (what they had) is ok.  But the selection was weak and they were out of some of the beers that they advertised on a sign on the sidewalk.  It was what brought me there.  Sadly, I don’t think I’ll be going back.