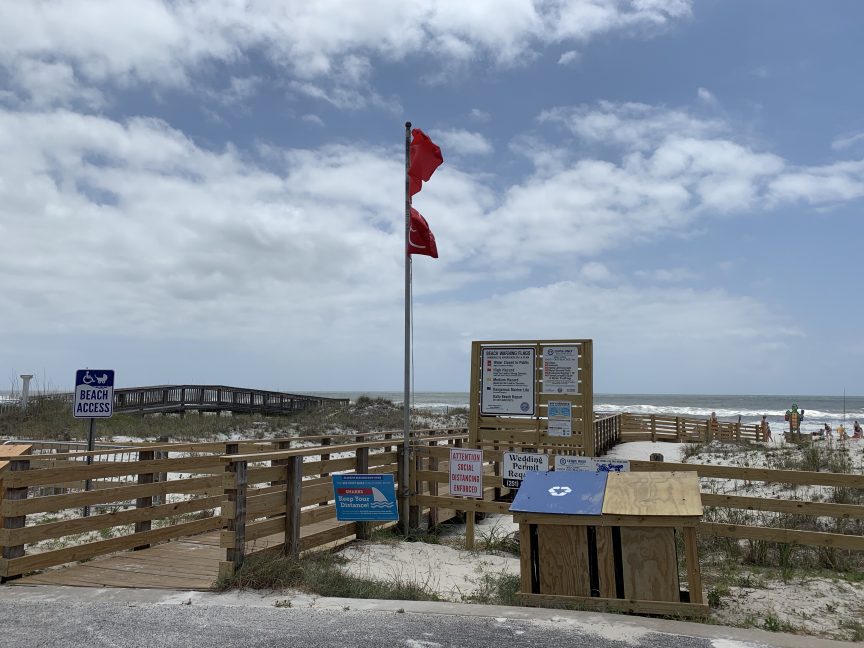 The beaches in Alabama are open just in time for the summer season, but you won’t be able to go for a swim today.

Double red flags are flying in Orange Beach  today, Thursday, May 14th and may stay up until Saturday.

Double red means all Gulf waters are closed to the public due to potentially life-threatening currents/surf.

Beach conditions were windy with sustained speeds of up to 20 mph. But it was the rip currents that caused the double red flags to be raised. Lifeguards who were performing training exercises experienced the strong currents around noon and made that call.

The National Weather Service of Mobile, Alabama, issued a rip current statement for Baldwin and Mobile coastal counties until
at least Saturday evening of May 16.

The beach remains open for sun bathing, walking and exercising, but the Gulf is off limits.

Meanwhile, a weather disturbance has formed in the Gulf of Mexico named Arthur and may develop into a subtropical depression as it moves into the Atlantic off the coast of Florida to the Carolinas. This will be the sixth straight year that a subtropical cyclone forming before the official start of hurricane season