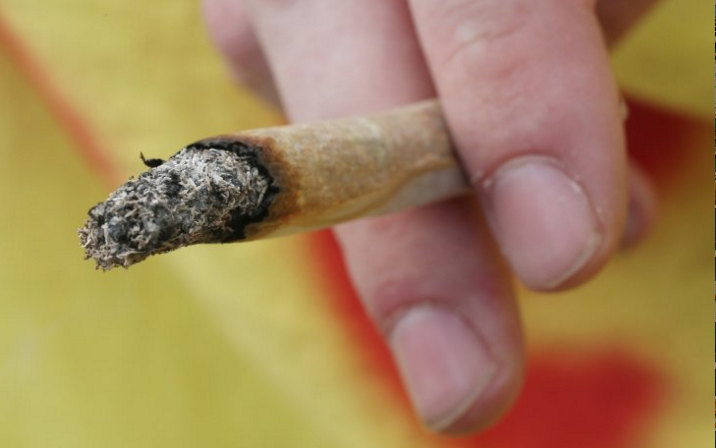 Last November, D.C. voters approved Initiative 71 which allowed DC residents to cultivate and smoke marijuana in their homes. Despite Congress objection , the initiative became law earlier this year.  DC legalized pot while the governing body that oversees the legislation of this city staunchly objects it.

At first glance, this appears to be a victory for DC and its quest for statehood. But after several months in the books, this initiative may be more trouble than its worth.

I’m not against legalizing Marijuana — I don’t think marijuana in and of itself is that harmful compared to hard liquor or beer and other habits.  Given the right time and occupation, I might even try it myself — thankfully my job is against it and frequently ensures that we comply.

But similar to alcohol there are harmful effects which range in intensity from person to person.

My main beef with Marijuana is frankly second hand smoke — many times children (whose tolerance maybe considerably less) and roommates suffer the consequences of others who want to selfishly puff it up.

And these consequences surpass those of the mind and body.

As mentioned, many occupations (military, medicine, truck driving, security) do not authorize Marijuana and issue random urinalysis on a regular basis.

The problem with DC, compared to Washington state, Colorado, Oregon and Alaska, is the preponderance of government employees.

Cassandra Pinkney, the founder of a charter school in SE DC, recently warned parents not to smoke marijuana around their children.

“It’s not safe to expose children to the drug. Even second-hand smoke can affect their emotional state and attentiveness in school,” said Ms. Pinkney.

Another result of DC’s closed-minded legislation is the utter confusion it has caused in the city, particularly law enforcement.

DC residents are not allowed to buy or sell, but they have found creative ways to barter it, which for all intents and purposes is considered a monetary transaction.

You can grow it — but most people lack the resources and skills, or you can gift it — and as you know nothing is free in this world.

Its blurry and the city did not leave all stones unturned. How can the city legalize it when they have no plans for residents to purchase it and for the city to tax and regulate it.

Frankly the way it was before may have been way better for residents and law enforcement alike.

We’re not naive — people have been smoking pot in houses all over the city for decades with little repercussion.

Even before the legislation was passed, people who were caught with a small amount were not arrested but instead slapped with a noncriminal violation.

Wouldn’t this be better in a roommate situation?

Say for instance your roommate is smoking pot and refuses to smoke it outside the house because its cold.  You have an issue because your employer does not allow it and you could lose your job if you get popped on the piss test.

What legal recourses do you have? Take your roommate to court — a lengthy process — you could lose your job long before you show up in court.

The old way, just call the police and they will instruct your roommate to stop without anything going on the record.

Marijuana can be legalized but DC needs to protect those who don’t want to be harmed by second hand smoke just like you can’t smoke in an enclosed public area, there should be laws to protect residents from the harmful effects of Marijuana.

And lastly DC needs to create a way for residents to legally purchase it otherwise residents will be left to creatively barter this drug on their own.