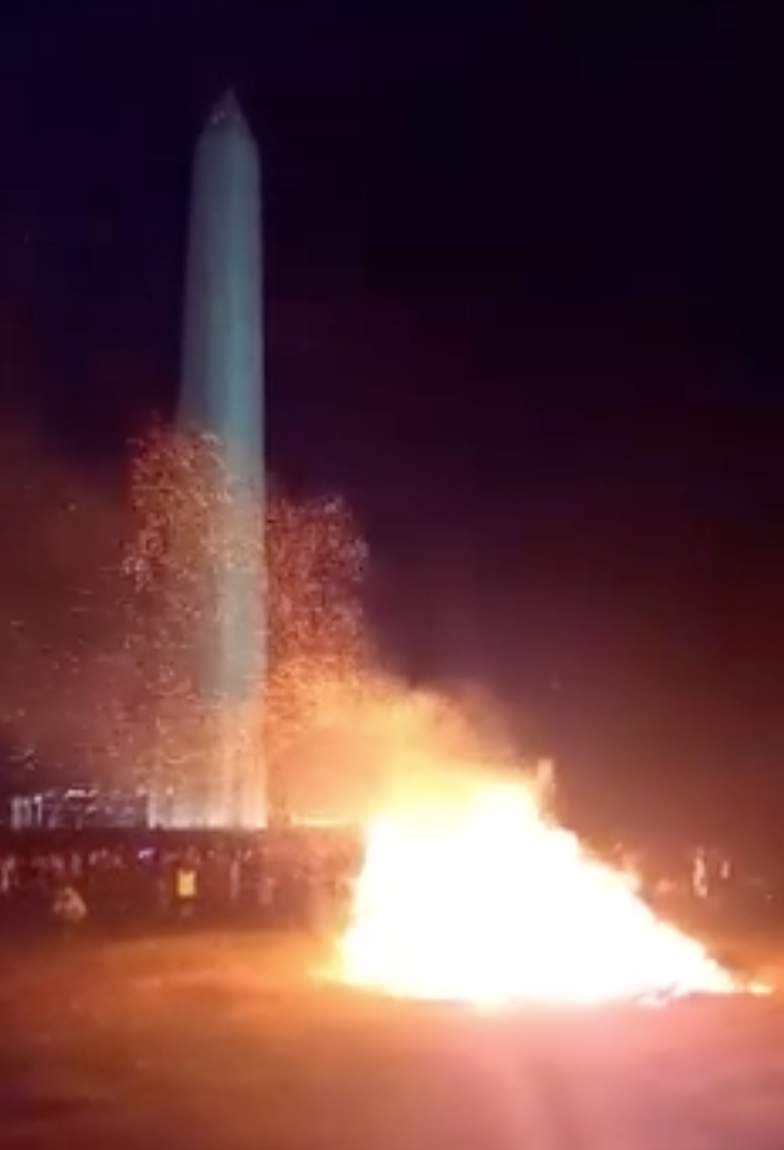 The National Mall was the scene of a two-day vigil which included a ceremonial burning of an interactive art installation dedicated to victims of the drug war.

Catharsis on the Mall: A Vigil for Healing the Drug War, featured exhibits, art, music, dance.

Rica Madrid: When you want to change a nation, it takes purity of heart, artistic expression, and a little fire ‪#‎NoMoreDrugWar‬

The vigil’s centerpiece is the “Temple of Essence,” a structure that “offers a space for healing personal and collective trauma, engaging community, and allowing the release of negative energy.” It’s the temple that will burn on Saturday night.

The National Park Service, Park Police, and the DC Fire Department have partnered with the organization to support the event.