The streets outside the Capital One Arena turned into a massive street festival Saturday.

The Capitals hosted their first Stanley Cup game in 20 years by throwing a big pre-game and game showing party from 4-11pm at 7th and G Streets NW.

There were the Red Rockers Cheerleaders, former Capitals players and even Slapshot the mascot rallying the crowd. 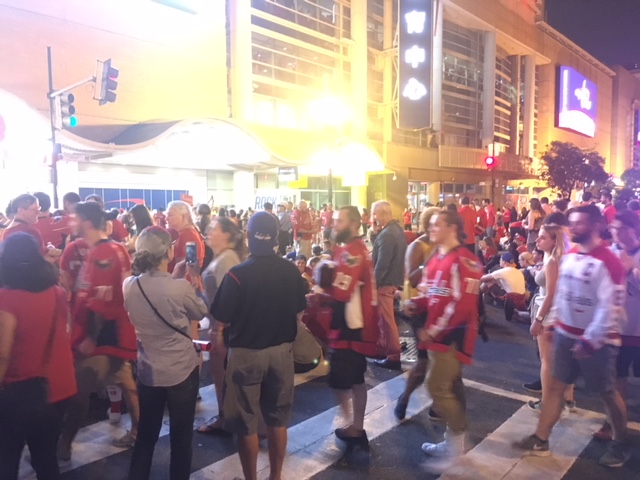 But the encore performance came from Sting and Shaggy who performed  in front of the Portrait Museum.  A family zone on F Street will featured face painting, glitter tattoos, poster-making and balloon artists. The family fest wraped up at 8 p.m., as the puck dropped.

Then the game was shown from the big board above the McDonald’s.

It’s gonna be a blast – rain or shine