Just because the deluge has ended doesn’t mean the flooding is subsiding anytime soon.  After 10 inches of rain, the Potomac River is about to hit the highest level since 2010.

“Significant portions of the C and O Canal towpath are flooded,” according to the National Weather Service, and flood warnings and advisories are in effect in both Georgetown and Alexandria

Earlier today, two people were pulled from the Potomac River and a man is still reported missing after the crane on their construction barge tipped over.

The Potomac River at Harpers Ferry, Shepherdstown, Point of Rocks and Edwards Ferry has river flood warnings in effect until Tuesday or until further notice.

Visitors came to visit Great Falls today to get a glimpse of the rising river and raging waters.

The Potomac River may not drop below flood stage until Wednesday. 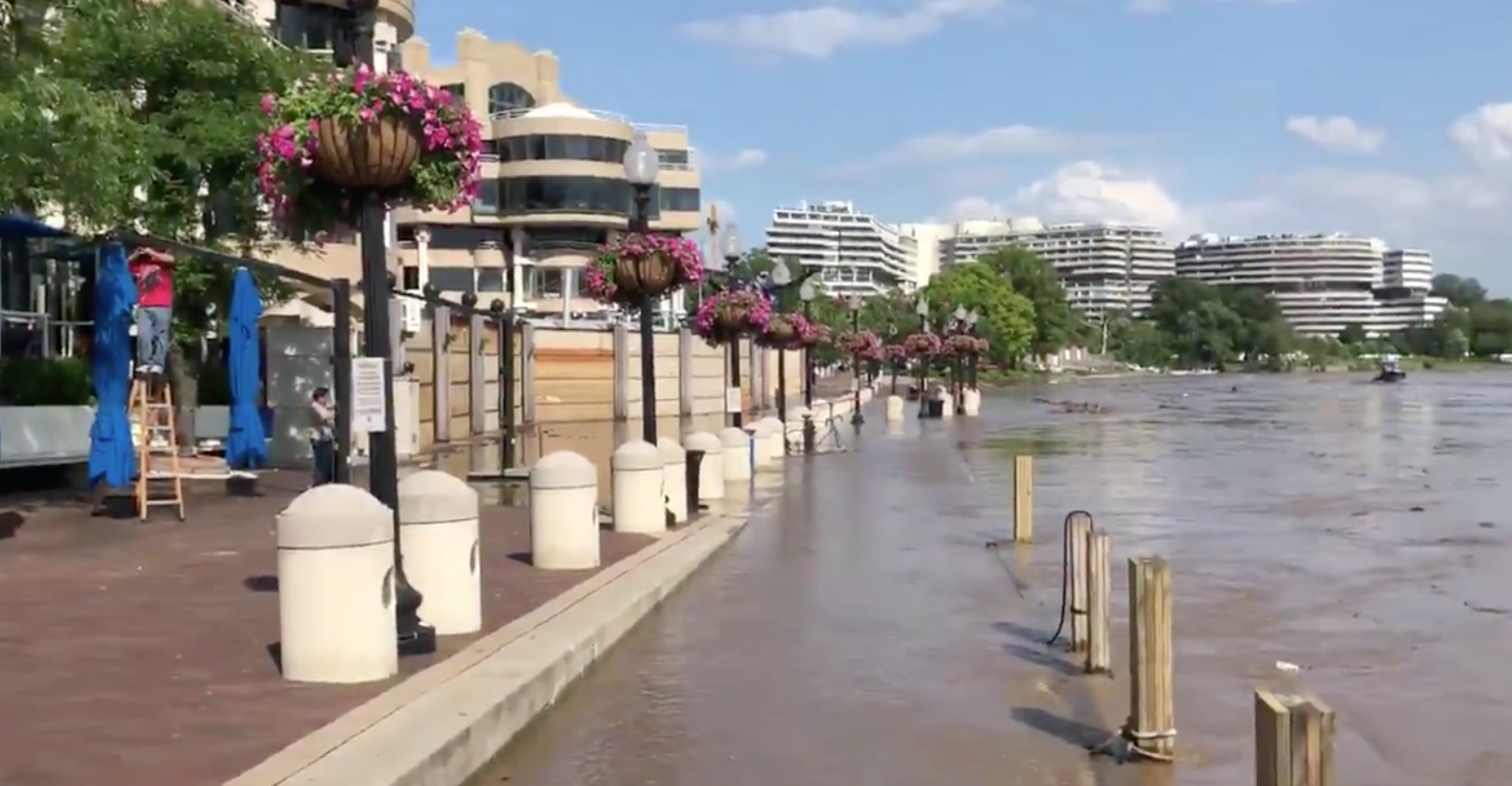