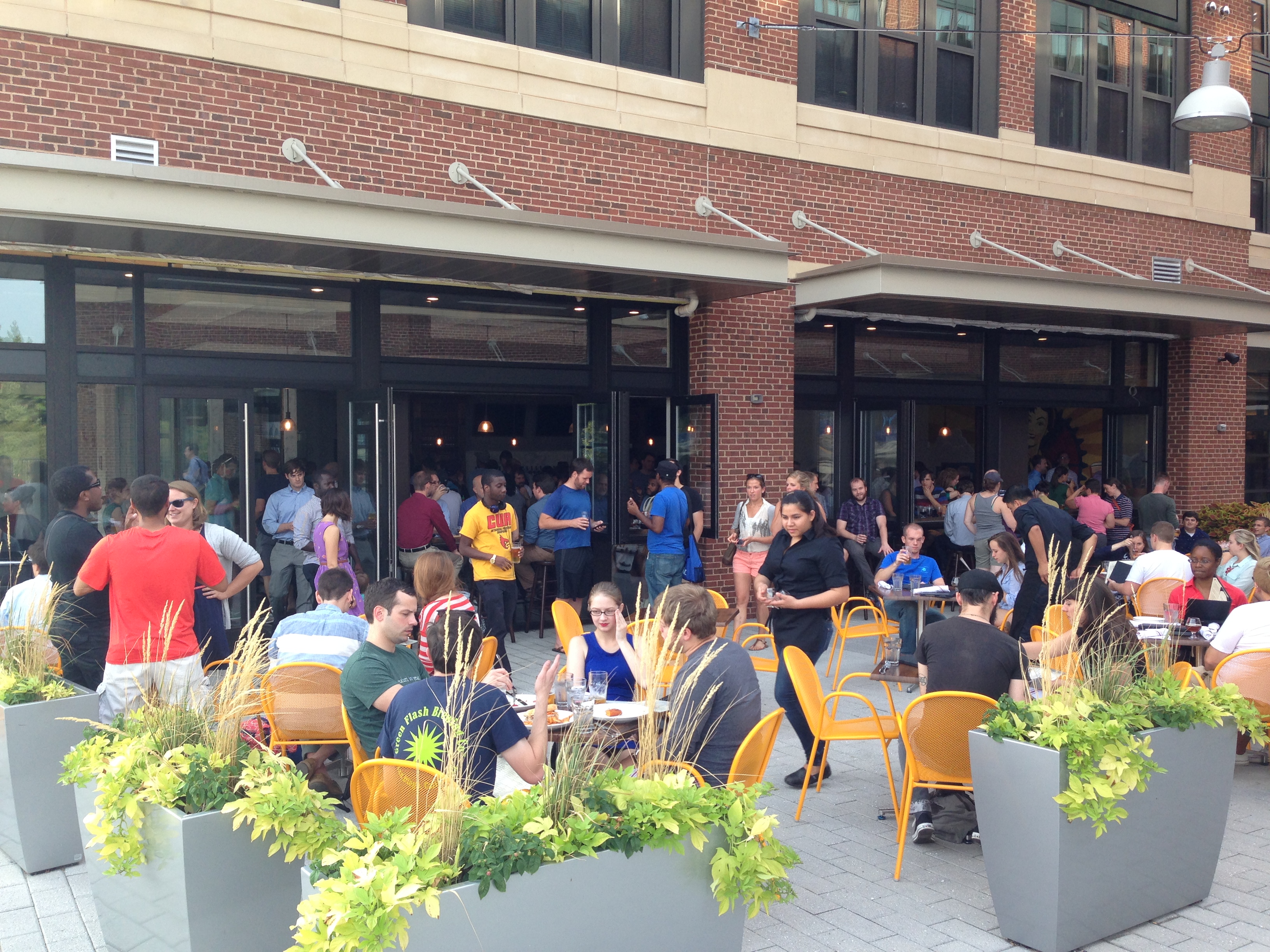 Brookland Pint, a new American craft beer and American casual cuisine-type restaurant in the heart of the Brookland community.  Designed with historical significance in mind, Brookland Pint seeks to promote a festive environment that can both stand the test of time as well as encourage environmental sustainability.  Nearly every aspect of the décor has a story and connects with the history of America, some rather indicative of the 30’s and 40’s, especially the celebration of women and women’s empowerment.  The unique atmosphere of Brookland Pint is made complete with individual USB/electrical plugs situated along the bar and at nearly every table!  Brookland Pint offers a vast array of 24 craft beers with an inviting indoor/outdoor atmosphere. The restaurant will have a lot of similarities to its sister establishment, Meridian Pint, according to owner John Andrade.  All American craft beers, a vegan and vegetarian-friendly menu, and an emphasis on all things local. The all-American restaurant & bar, which will seat 118 people indoors and 48 on the patio, will feature local grown and harvested foods that range from southern comfort dishes to American classics.  Neighborhood chef, Rebecca Hassell, has delighted the DC area with her talents at several favorite restaurants and has since helped create an extensive menu that displays foods that embrace the melting pot that is America. Upon stepping through the doors of Brookland Pint, you will notice the primary focal point: the bar.  Crafted entirely from some of Maryland’s finest reclaimed wood, which was acquired from Southern Maryland tobacco barns.  This wood was also used for the community table as well as trim throughout the restaurant.  The bar is stocked with 24 all-American craft beers and sits adjacent to a white Vermont marble and glass enclosed beer tap and refrigeration unit which houses all of the high end, large format beer bottles. Brookland Pint’s banquet room, called the Juniper Room, is named after the Virginia Juniper tree that was reclaimed after it fell on Utah Street, NW during the Derechio of 2012.  The banquet room tables are made of this wood and exemplify the clear ties to history and community owner Andrade is looking to establish.