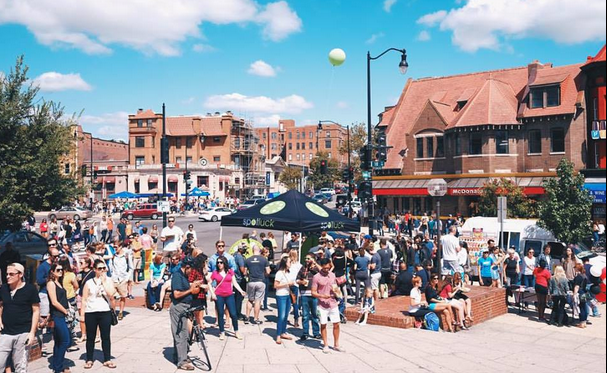 For may years, Adams Morgan Day was billed as the city’s largest street festival, and earlier this year, the festival was no more.  That was after misconduct by its sponsor organizer.

But the community members would have none of this. They wanted to continue with the street festival and banded together to make it happen.

“We are thrilled to be working with the Adams Morgan neighborhood, a melting pot of diverse cultures and renowned for its eclectic mix of cool bars, music venues and late night lounges,” said Tom Nguyen, Marketing Director of Spotluck

The entire Adams Community was out in storm.  The Black Squirrel and Libertine hosted 19 different bands throughout the entire day.

Thanks to all of you who came out to The High Dive for ‪#‎adamsmorganday‬! We’re not sure who had more fun all of you or all of us. And special thanks to Brad Ulreich who’s artwork stole the show.