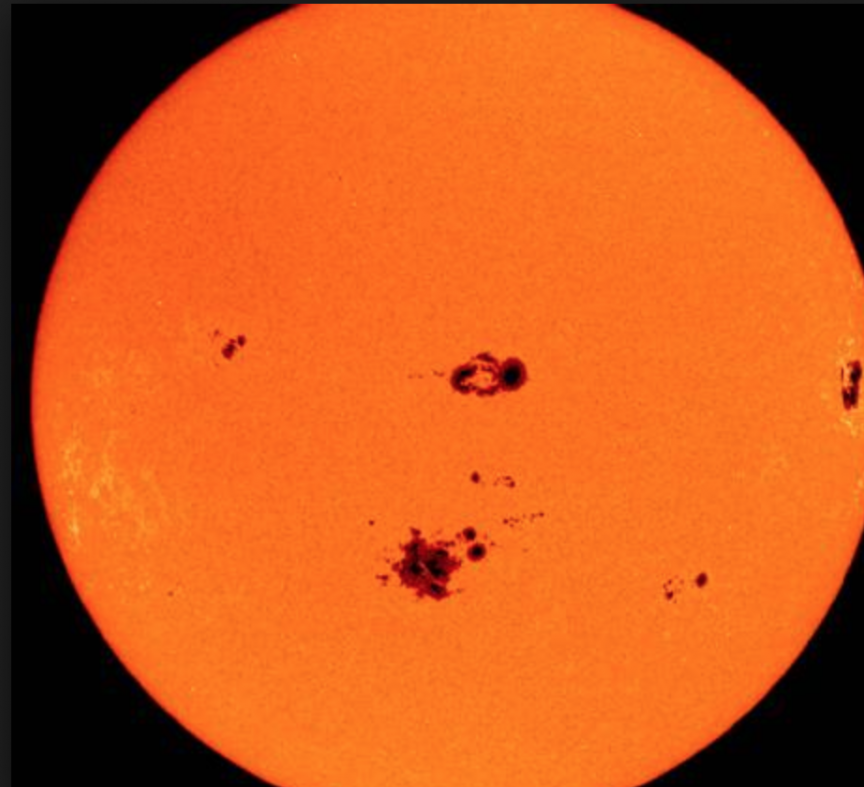 This winter the United Kingdom was hit with a cold wave called the “Beast from the East” which could be a sign for grave things to come.

Now the sun has gone three weeks without a sunspot — a solar minimum — which could be a harbinger for many years of cold.

Sunspots are darker, cooler areas on the surface of the sun which are 2,000 degrees K cooler.

The last time there was a prolonged solar minimum, it led to a ‘mini ice-age’ which lasted for 70 years.

The Maunder minimum lasted from 1645 to 1715 when temperatures dropped globally by 30 degrees Fahrenheit sleading to shorter summer seasons and severe food shortages.

There were three recorded periods of mini Ice Age — 1650, 1770 and 1850 with the years immediately after been periods of warming.

The next Maunder Minimum is forecast to occur by 2030, but other factors could influence its arrival earlier.

As the sun warms the Earth, evaporation occurs forming clouds.

Water vapor provides the moisture that forms clouds; it eventually returns to Earth in the form of precipitation, and the cycle continues.

In England during this “Little Ice Age of 1683-84, River Thames froze over allowing people to cross over by foot.

Cold periods can be ominous for society bringing severe hardship resulting in crop failures, famine and migration to warmer temperatures.