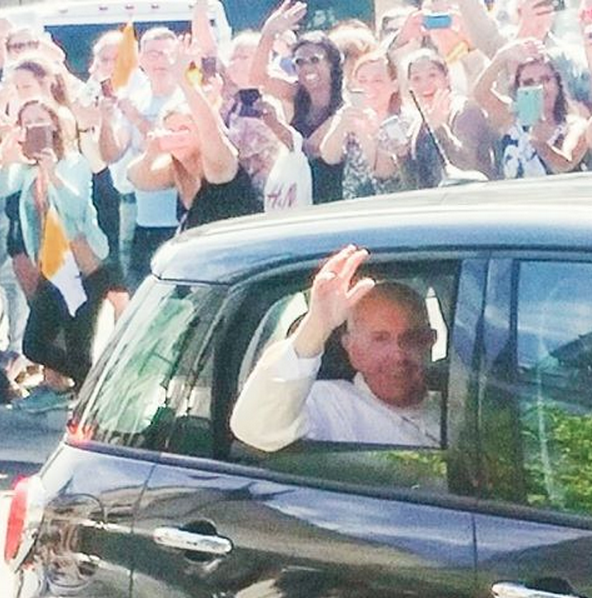 Just as the Pope arrived in Andrews Air Force base in an Alitalia airliner, the Pope rode around DC in his favorite Fiat.

After the Papal Parade at the Mall, the Pontiff headed towards the Cathedral of St Matthew the Apostle in his humble Fiat. At the Vatican, the humble Pope is known to drive himself around in his Fiat.

Known for being conservative and frugal, the Pope steered clear of a Mercedez and opted for a modest Fiat 500L. Meanwhile he was surrounded by GMC suburbans that made his ride seem even smaller. The Four-door Fiat bored the license plate SCV-1, Latin for “state of the Vatican City.”