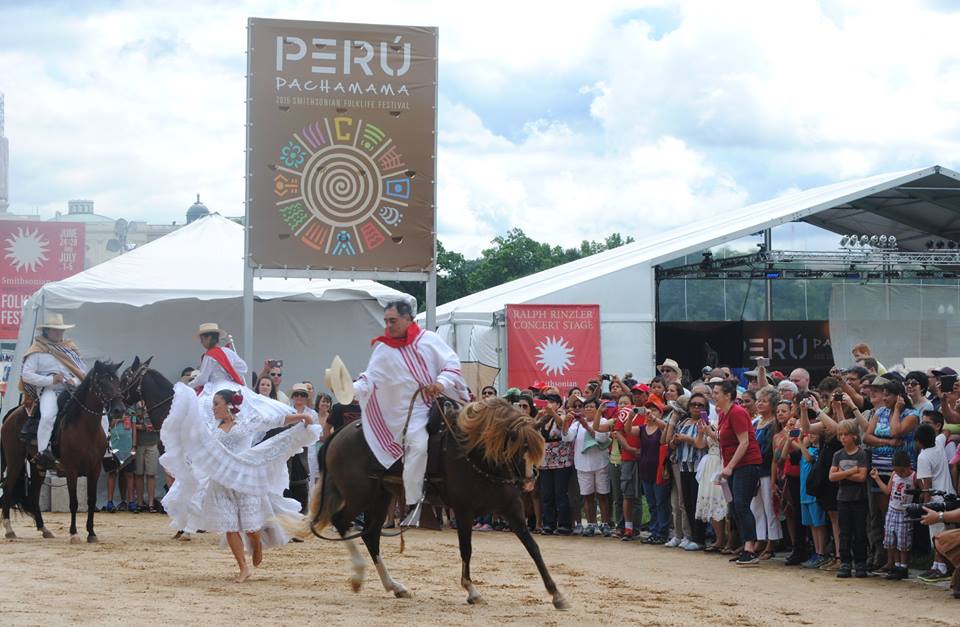 This year’s Smithsonian Folklife Festival is underway, celebrating the culture of Peru. Due to the extensive work on the National Mall, the US Park Services moved the festival next to the National Museum of the American Indian between the Third and Fourth Street.

The festival this year is definitely more compact and smaller than in previous years when the festival would highlight three distinct themes.

The festival will feature Peruvian food, including anticuchos, pollo a la brasa, alfajores, Chicha Morada, Inca Kola and Pisco Sours. For a list of all foods and food vendors go here. There will also be a marketplace selling Peruvian crafts.

“Ayni” is a concept from the Andean culture that entails collective work. It means “for the people, by the people.”

The festival hours are 11 a.m. to 5:30 p.m. from Wednesday through Sunday, July 5. Evening concerts are scheduled most nights at 7 p.m. Plan ahead and check out the festival map here. See more information here for evening concerts.

A first aid station will be located on the National Mall near the intersection of Third Street and Madison Drive.

In case of a severe rainstorm, visitors should go inside a museum during visiting hours. Summer rainstorms are usually brief, and often the Festival resumes operations within an hour or two. In the event of a thunderstorm, the Festival must close. Do not remain under a tent or a tree!

Lost items or family members should be brought to or picked up from the Volunteer tent near the intersection of Third Street and Madison Drive.