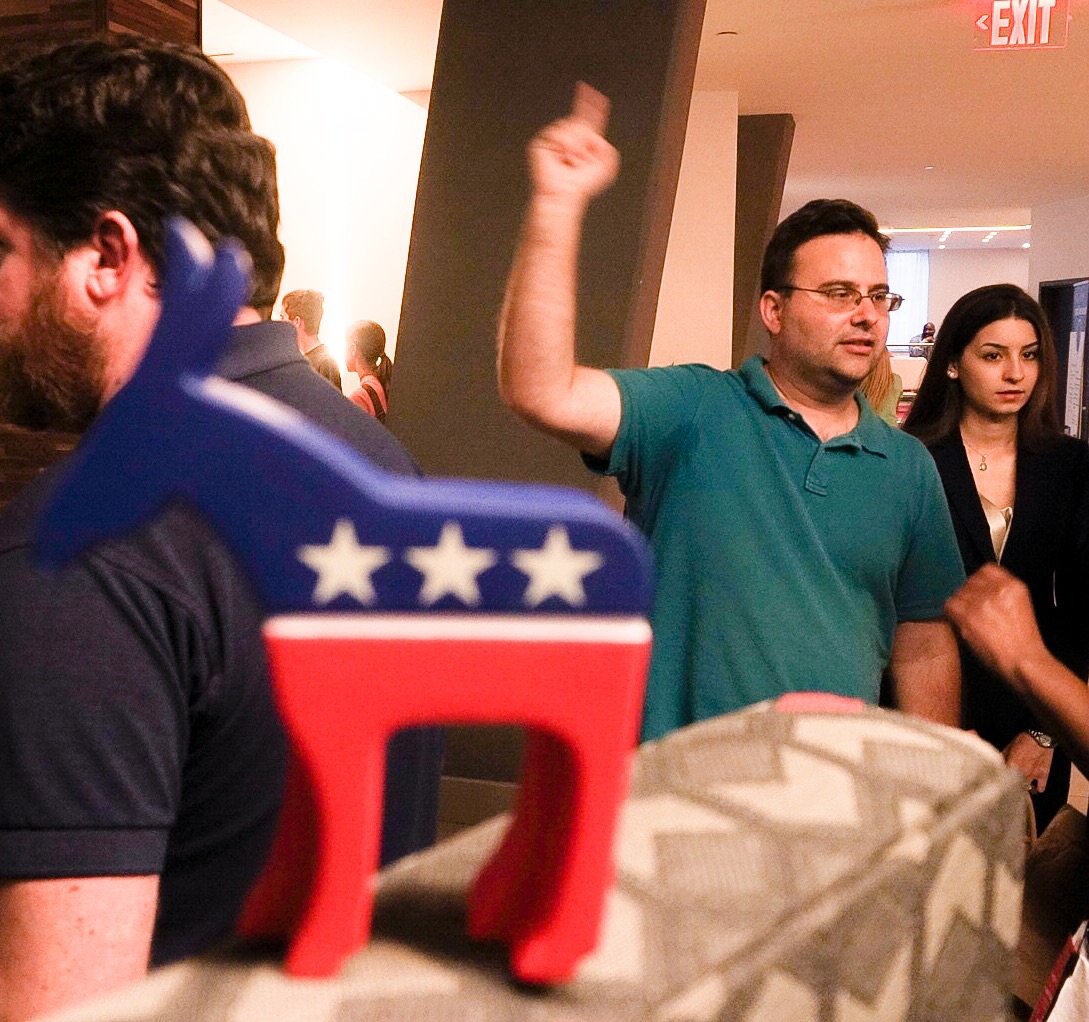 But rooftops are all the rage this summer and pretty soon the word started getting out.

They decided to enlist Jim McBride of Network for Progress to bring their summer rooftop mixer there and after seeing the view and atmosphere, it became a no brainer

The date of Aug 6 was chosen, incidentally the same day as the debut GOP Debate so they decided to include a watching party with the mixer.

“Within a week we got over 100 RSVPs and the numbers just kept rising,” said McBride, President of N4P. “We’ve never gotten this kind of turnout for any of our events, not even the State of the Union or our annual Charity Date Auction.”

But luck would have it on event day, the skies darkened and Acuweather called for rain.

So at the last minute, the decision was made to move the entertainment and food down to the hotel lobby — a downer for many who were hoping for relaxing summer breeze and views.

But the inclement weather turned out to be a mixed blessing, because by end of the night over 500 people had flocked to the Cambria for our mixer, Flo Anito concert, debate watch party or all three.

It also helped that our event got a lot of play in the Wall Street Journal, DCist and others. For many Millennials, they were still in high school when Obama was inaugurated and their vote would be critical in deciding the dynamics of the election.

“We kept the roof open for folks to check out the views and come back down for the food, fun and mingling,” said Evan Walton, Director of Food & Beverage. “We definitely set a record for attendees in our first year in Shaw, and we were thrilled that people from all over the city chose Cambria for such a historical event.”

Everyone stood up to boo Donald Trump

Winner of the Hotel Package

What a Rooftop View