Got some free time early this week? Then you should consider paying your respect to President George HW Bush, our 41st President starting Monday evening.  Bush’s remains arrived at Joint Base Andrews at 3:30pm Monday. 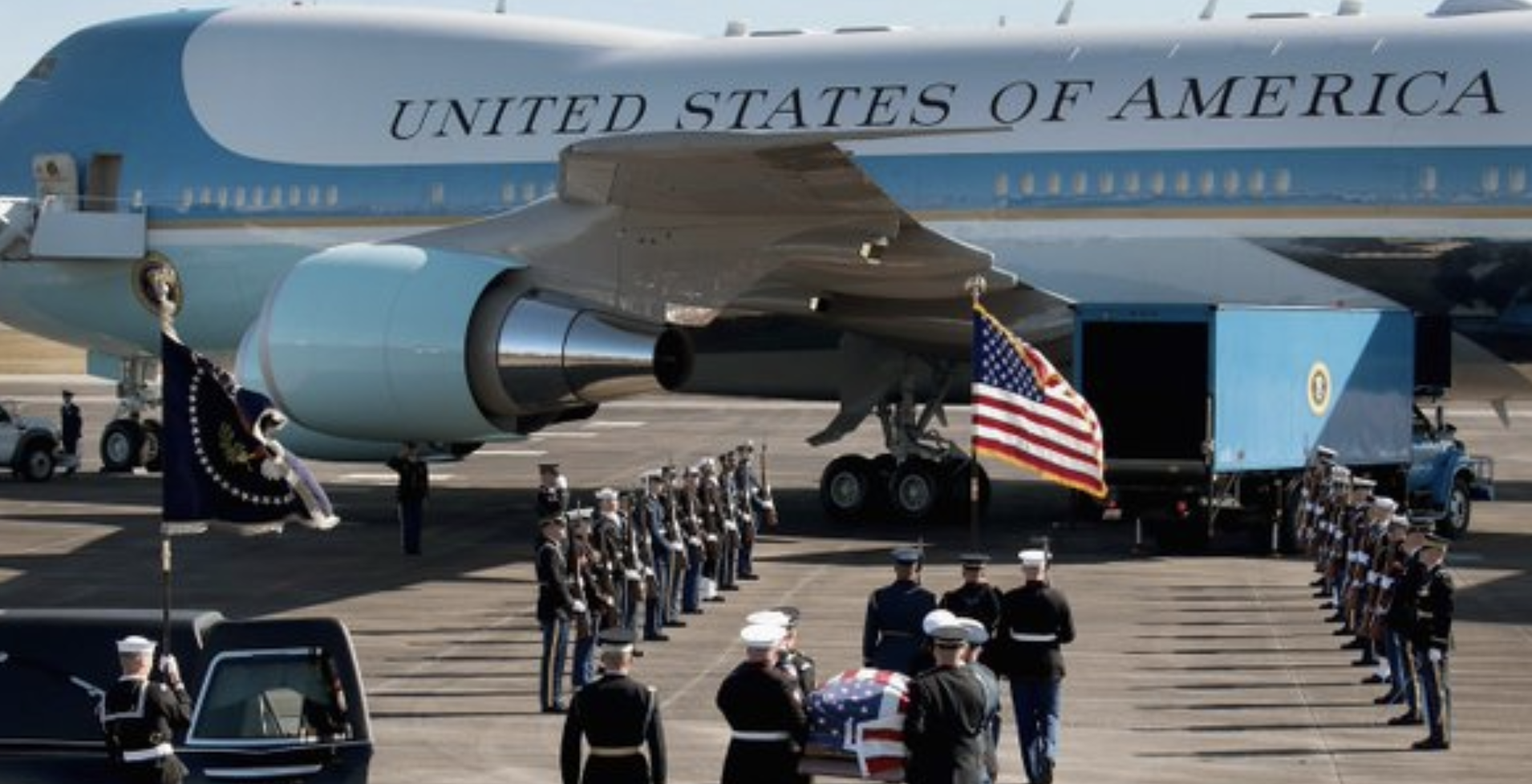 The arrival ceremony took place at the U.S. Capitol about 4:45 p.m with President George W. Bush and his family in attendance. Following a short service, Bush’s remains will lie in state in the rotunda of the Capitol from 7:30 p.m. Monday until 8:45 a.m. on Wednesday for public viewing.

If you plan to pay your respect, Monday night may be the best time since the weather will be a balmy 50s.  The optimal time would be after the Redskins game – by then the initial crowd should dissipate, and most Washingtonians will be home in bed.  Tuesday is another day to visit, but don’t wait too long. By Tuesday night and Wednesday morning the temperatures will plunge to the low 30s, so bring a thick jacket, headgear and gloves. Waiting time can be quite long. In June 2004, people waited as long as three hours in hot and humid weather to see President Reagan lie in state. 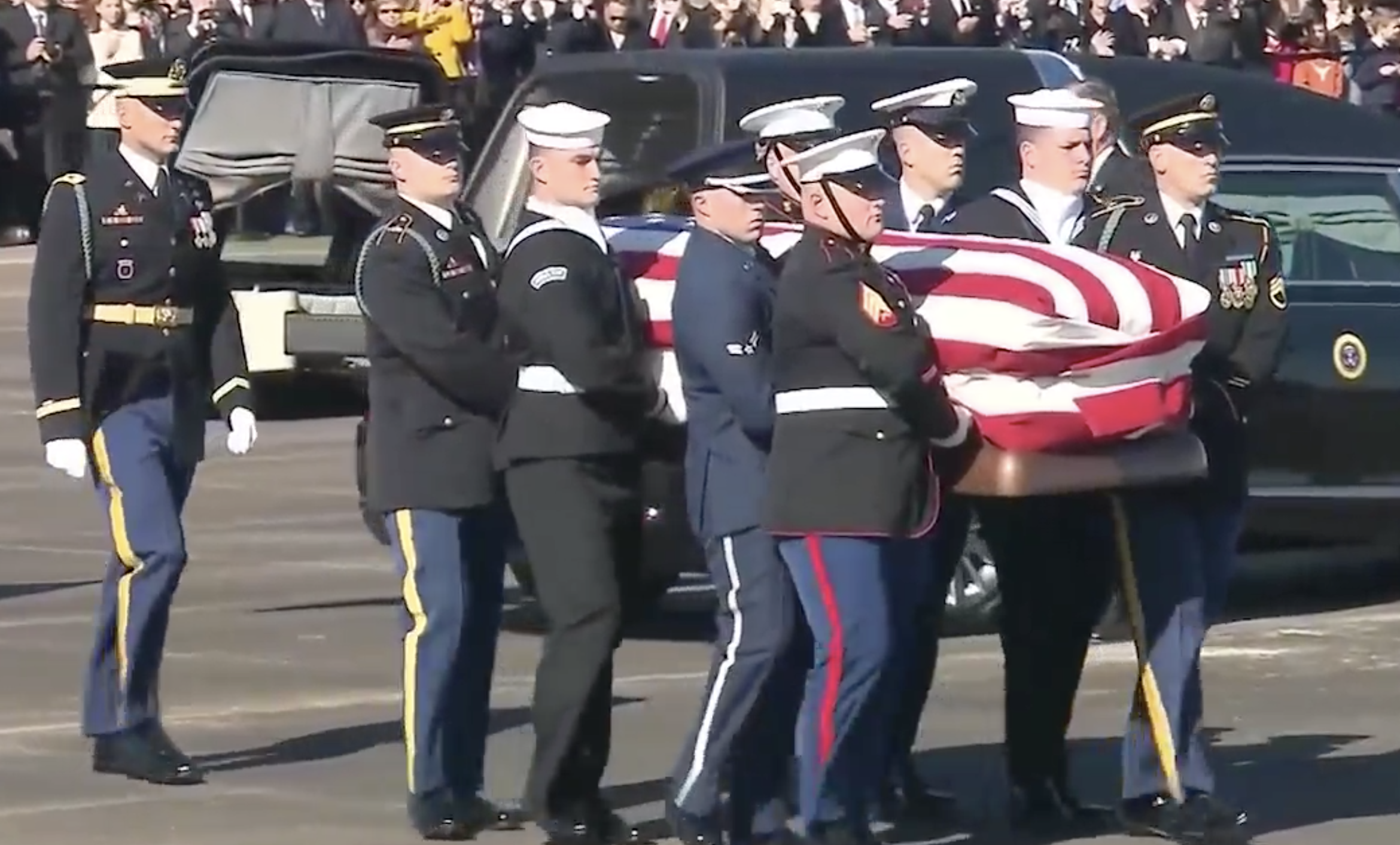 Bush’s body will depart the U.S. Capitol at 10 a.m. and will drive by the WW II Memorial. President Bush was the last President to serve in WW II.   The funeral service will be held at 11 a.m. at the National Cathedral.

A departure ceremony is expected to follow the service at about 12:30 p.m. before Bush’s remains are flown from Joint Base Andrews to Houston, Texas, for final services.

The state funeral will be conducted by the Military District of Washington. The last ceremony was held in January 2007 for President Ford.

The 41st President will be buried on Thursday at the George Bush Presidential Library and Museum in College Station, Texas, next to his wife, Barbara, and daughter Robin, who died at age 4.