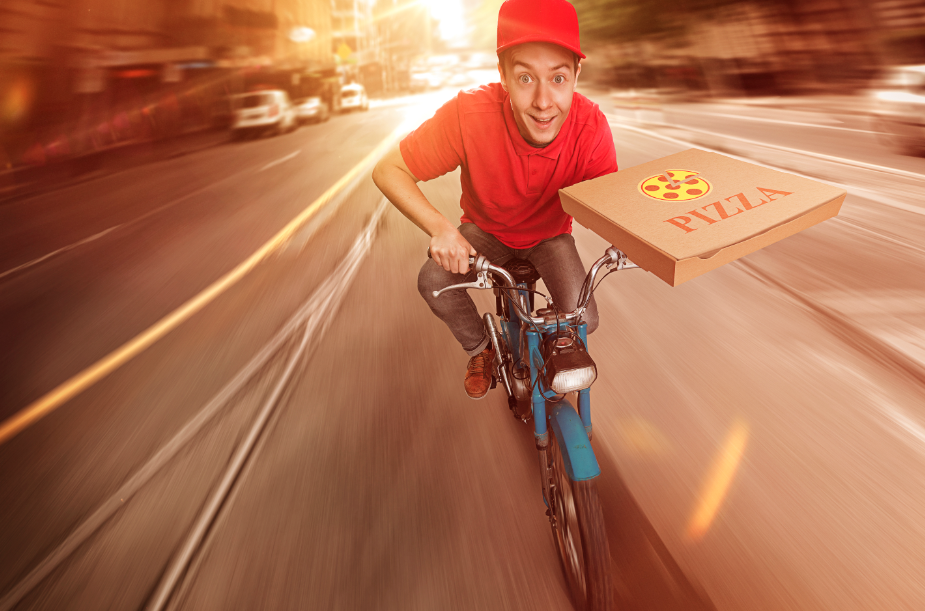 Postmates roared into town 18 months ago with the promise of being able to deliver virtually anything to anyone in the District within an hour. They charge a 10% purchase fee and a nominal delivery fee based on distance of which 80% goes to the couriers

The app is commonly used for restaurant food but people have been known to purchase computers, groceries, you name it on it. The app works fairly well and the startup has received a hefty amount of funding to hire staff and rent office space.

But the idea of on-demand delivery is neither new or novel. Most people who pay the price of a good meal prefer to enjoy the atmosphere that comes with it. A $50 Prime Rib from Del Friscos somehow doesn’t taste the same on foam and plastic as it does on china and silverware.

So many of the food purchases are for franchises and fast food restaurants like Shake Shack, Chipotle, Potbelly and McDonald’s — those with low prices and even smaller margins.

And since we’re in the Restaurant food and customer relations business,
I had to see it for myself. I signed up and attended the onboarding session. And just like that I was hired — it was fast and easy. They didn’t even check to see if I knew the city, was in shape or I was really up to this task. As long as you didn’t have a criminal record you were hired. There were all kinds of people at the onboarding — if only customers knew the kind of people they were hiring.

At first it was fun. I got to see the city and visit new restaurants while getting a workout. The customers were nice but stingy on the tip, and there was definitely a lack of transparency on how much they tipped (since it was not readily known how much their tip was)

After 10 orders, they started sending me two orders at one time and that’s when it started being a pain. And even if you want to do one order at a time, Postmates will keep sending you one announced with the most deafening beep requiring you to accept or reject.

You almost want to accept a second order just to keep it from beeping. And you can’t tell the app off since you need to keep it on for directions to your customer.

And since Postmates have invested a lot of resources on marketing, they have way more orders than they have couriers. So if you are scheduled or if you check in for duty — you will be bombarded with orders — some of them very hard or virtually impossible to do.

While I was wrapping up an order in Chinatown, Postmates had me rush uphill to Columbia Heights to pick up an order and deliver it to Rosslyn. The distance may not be that far, but crossing the river to Virginia is always a feat.

Rain or shine, Postmates work. And since they bombard you with orders and the pressure is on to deliver the product on time or else get dinged on ratings.

There’s just too much risks for a courier — besides getting into an accident, a courier can get a parking ticket or worse get towed.

Meanwhile because these couriers are part time and may not be very familiar with the venues and the city, they are not getting their food delivered by professional couriers who know their clients and are experts in delivery.

That’s why Postmates should make their couriers normal employees instead of independent contractors, eligible for health benefits, unemployment insurance, retirement accounts and overtime pay, among other things
So if a courier gets a ticket or gets into an accident while performing his/her duty, expenses would be covered.

This would be ideal not just for the couriers but for the customers who will have the peace of mind of knowing that professional couriers who are focused on their job are doing all the work.