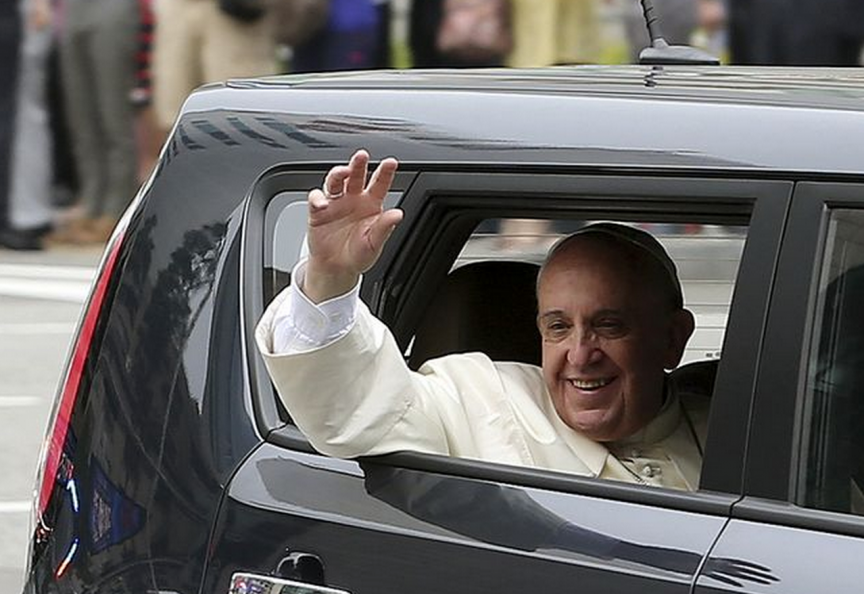 P ope Francis is set to make his first trip to the US by arriving in DC on Tuesday. That means crowded Metro, congested roadways and restricted parking.  In fact, the Pope’s three-city, five-day visit to the this week is set to become the highest security operation in the US ever (eclipsing Pope Benedict’s visit in 2008)

If you don’t need to be at work Tuesday through Thursday, DDOT suggest you telework.  If you do have to go to work, consider taking metro, which also will be congested worse than the first Obama Inauguration.

And of course, if you want to see the Pope, we suggest going to the Parade on the Mall on Wed. Capitol Bike Share will be a good option to get there.

Expect closures on Suitland Parkway during rush hour as the Pope is driven to the Vatican Embassy.

The National Mall will be closed to traffic to make preparations for the Papal Parade.

After leaving The White House, the Pope  will travel along 15th Street, Constitution Avenue and 17th Street in the Popemobile.

No tickets are required but you might have to get there early and will have to go through security.

Here are the entrances to the parade viewing area

Walking or Biking is an option but Capital Bikeshare may face issues with available bikes and open spots due to road closures.