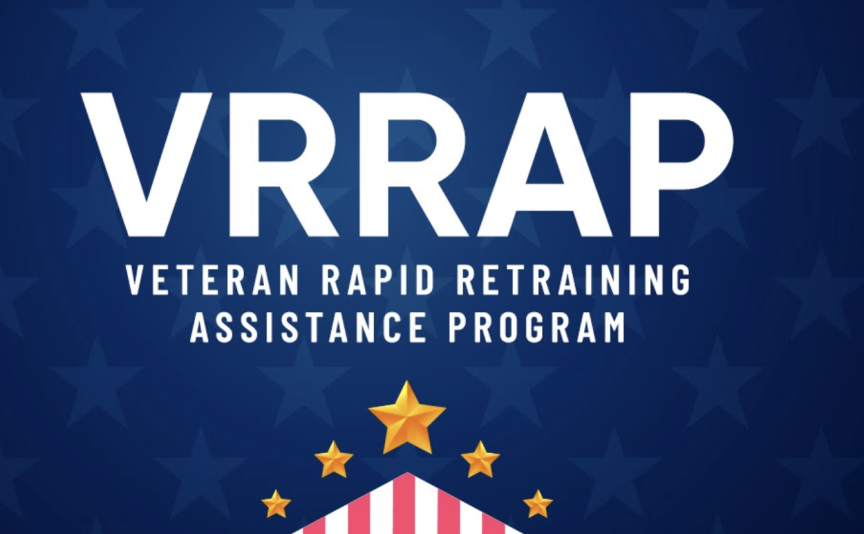 A $386 million coronavirus pandemic veteran’s retraining program run by the Department of Veterans Affairs largely did not function as was designed and did not attract as many veterans as it was created to serve, according to a Washington Post investigation.

Why it matters: The program, included in the $1.9 trillion American Rescue Plan Act that passed last year, heavily relied on for-profit institutions, some of which were later barred from participating in the program.

Much of the money allocated for the program went unspent, putting the VA on track to return millions of dollars to the Treasury when the program expires in December, per the Post.
How it works: The Veteran Rapid Retraining Assistance Program (VRRAP) was created by Congress to retrain veterans who were unemployed because of the pandemic.

The training was designed to train veterans for high-demand jobs through a year of online courses at participating institutions.
It was designed to serve a total of 17,250 veterans, but by Aug. 1, only about 6,800 veterans had enrolled and only 397 got new jobs after graduating, according to numbers from the VA reviewed by the Post.
When creating the program, Congress did not prevent for-profit entities from receiving VA tuition payments as part of the program, despite the agency struggling in the past to regulate such schools, per the Post.

One school, the Illinois-based Future Tech Career Institute, was able to participate in the program even though it, under a previous name, was banned in 2012 from receiving tuition payments from the agency after state officials found that it had falsified reports and misled veterans.
Future Tech and nearly 90 schools, some of which were serving more than 100 veterans, have been prohibited from participating in VRRAP since the program’s creation, either because they went out of business or faced allegations of predatory practices, according to the Post.
When Future Tech lost its approval for the program, it had been serving more than 300 other veterans.

Based on interviews with former students of these institutions, the Post found that some of the offered courses were mismanaged and students encountered software issues with school-provided laptops and were often left without instruction for long periods of time.
Future Tech changed its name again in July to the Institute of Business and Technology Careers and has said that it was told it could reapply to receive tuition payments from future VA programs.
The big picture: When the program passed in 2021, the unemployment rate among veterans had already begun falling from a peak in 2020.

In 2020, the jobless rate among veterans was 6.5%, which fell to 4.4% in 2021 and to 2.7% last month, leading some to question whether the passage of the program was ill-timed and should have been done sooner.
Congress has authorized the VA to reclaim at least $4.2 million in tuition and fee payments from the schools that were barred from the program, but none of the money has yet been recouped, according to the Post.

The Veteran Rapid Retraining Assistance Program, or VRRAP for short, is a time-limited program that has a sunset date before the end of 2022. Even though veteran unemployment has remained low at less than 3% for a second month, there are still veterans that lost their jobs due to or during the pandemic and have not found suitable employment since. If you are one of them, consider enrolling in this program and learn a new skillset for a more stable and well-paying line of work in a field where there is more demand then people to fill them.

To be eligible for the retraining program, veterans must meet all of these five requirements: