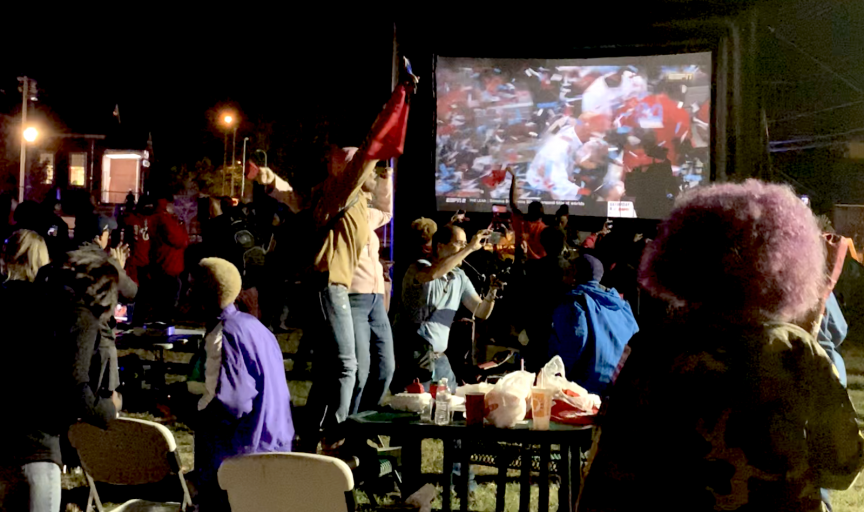 The Washington Mystics have won their first Title in 22 years during their first year they played at the Entertainment and Sports Arena in St Elizabeth’s, and it has been quite a journey

In 2015, when the announcement was made that the Washington Mystics would play at a new sports arena in St Elizabeth’s, many fans weren’t happy of the move out of downtown and a smaller capacity arena. Critics blasted the move as an excuse for taxpayers to fund a new training facility for the Wizards.

Last year when the Mystics made the Finals for the first time, the Capitol One Arena was going through a renovation, so they had to move their games to George Mason’s EagleBank Arena

The 4,200 seat arena, which just opened this year, is bringing fans, revenue and much needed attention to Ward 8.

The Congress Heights neighborhood has embraced their new hometeam wholeheartedly and were provided with a Game 5 Game Watching Party outside the R.I.S.E. Demonstration Center in St Elizabeth’s

Congratulations to the Mystics for having an epic year: the best record in the league 26-8 and finally a championship to the winningest coach in the WNBA: Mike Thibault.