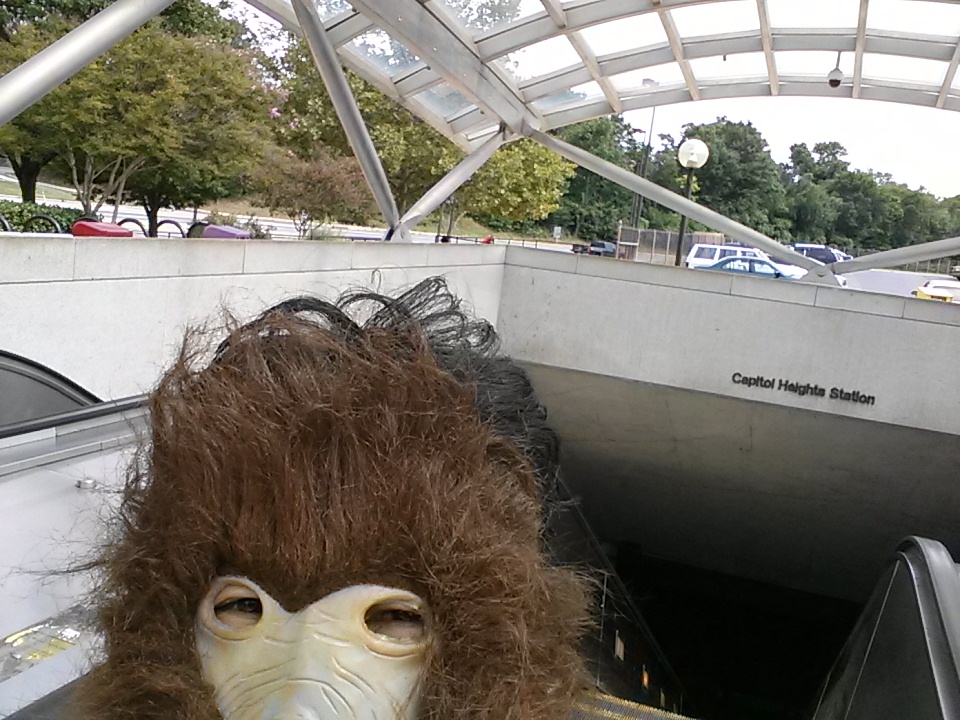 Last month, Mark Kawar completed the Metro 86 challenge, visiting all 86 stations and taking a selfie in front of the Metro’s pylon in one day. A week later on July 26, the Silver Line opened with five new stations making his record indelible in the annals of the Washington Metropolitan Area Transit Authority.

Though Mark Kawar’s record couldn’t be beaten, a new one had to be established.

On August 15, Chito Peppler from RUNINOut and long time Washingtonian Metro 91 visited all 91 stations in one day – Metro 91 DC.

Chito started his trip from Shady Grove at 5am then rode the red line all the way to Glenmont.  Then he traversed on the Green and Yellow lines before merging to Orange and Blue before the exicting experience of riding on the new Silver Line.

The biggest challenges was timing my food, drink and bathroom breaks as well as ensuring he had enough juice in his camera phone.  There simply were too many steps to climb.  You had to eat and drink and I didn’t want to break any metro rules — wearing a monkey mask was enough as it is.

So did RUINOut actually exit every station — no, that wasn’t necessary. Luckily over a dozen stations were located above ground eliminating the need to climb escalators to take a selfie.

His metro travels is well documented in https://twitter.com/MetroRunners/media

Though the record time of 15 hours, 22 minutes would likely be broken, Chito is the first person to make the attempt after the Silver Line added five lines the previous month. But in a few more years, the Silver Line will extend to Dulles, meaning the feat will have to be repeated.