Krista Young had an idea. The University of Iowa Stead Family Children’s Hospital, had opened its doors earlier this year just a stone’s throw from Kinnick Stadium, the home of the  Iowa Hawkeyes. 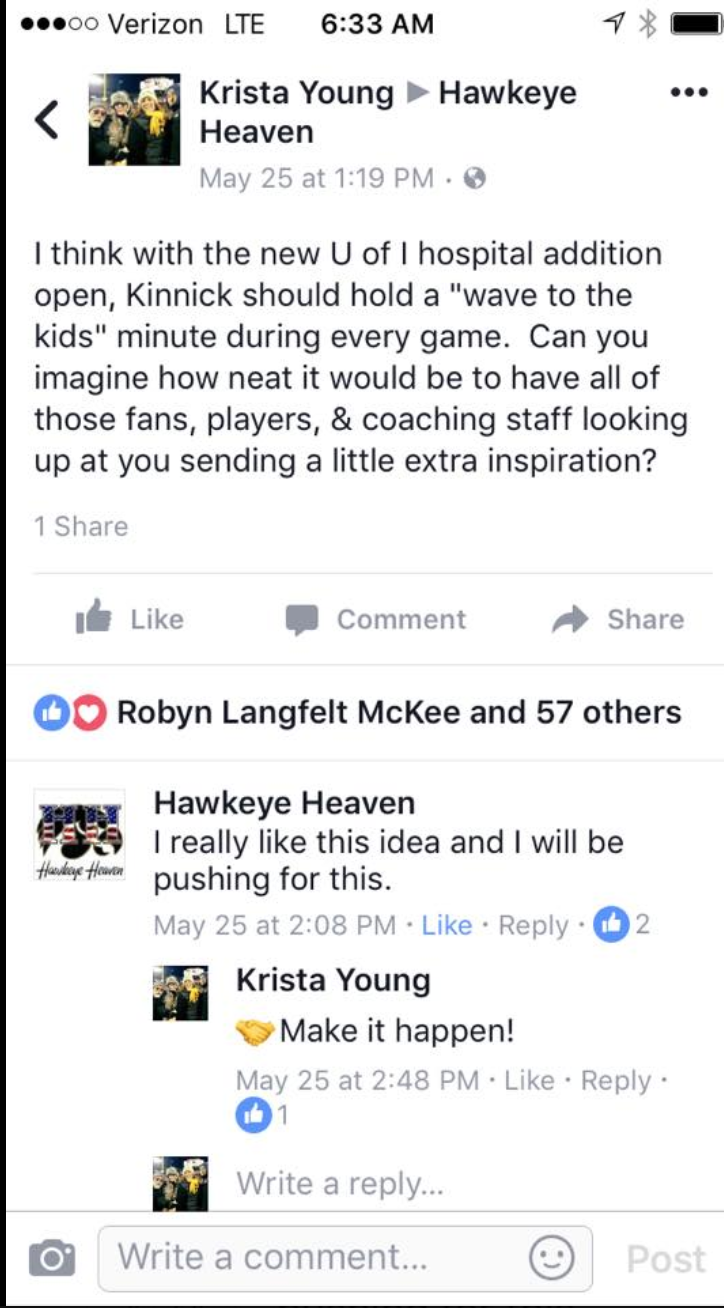 Krista’s idea: during each home game fans  would turn and wave to the children looking on through the hospital windows above.
At the Hawkeyes’ home opener on September 2, Young was in the stands as the team took on Wyoming.
And that was the day, the Wave started

In the months since “The Wave” was born, it’s shown no signs of stopping.
And last night at the frigid Pinstripe Bowl, Hawkeye fans as well as Boston College fans continued the tradition at Yankee Stadium.
“I think it’ll be there as long as the stadium and the hospital are side-by-side,” he said. “I just can’t envision it ever stopping, ” said Kirk Ferentz, the Head Coach of the Hawkeyes.