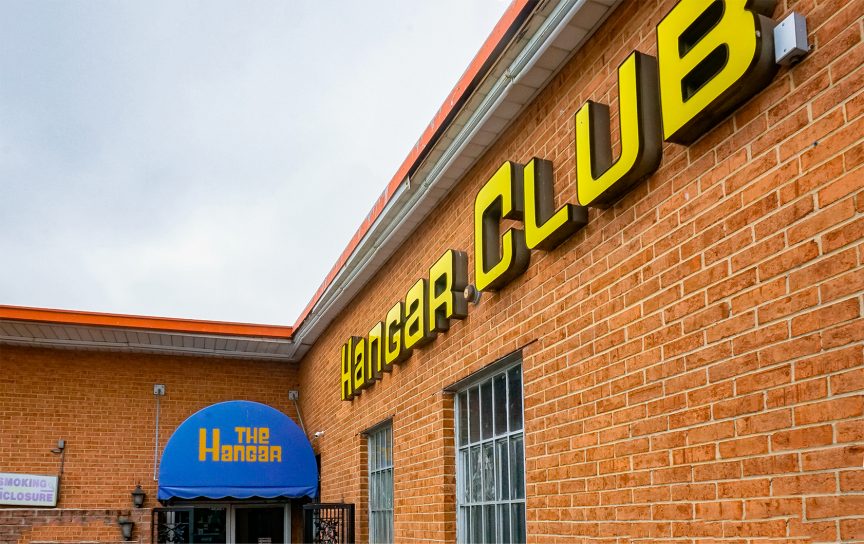 I really want this place to do well.  Hangar Club, a former strip club in Temple Hills, MD – closed two years ago, calling it an “imminent danger to the safety and welfare of the public.”

Last year, the Hangar Club, located in the 6400 block of Old Branch Ave, reopened under new management and new business model as a bar and sports club.

Sadly our visit to the Hangar Club was a huge disappointment. The drinks were ok, the food was less than average and the atmosphere noisy and unfriendly.

During our visit, we entered a dark bar and restaurant. The TV blaring in the background – several people were shooting pool.

We sat down by the lounge and waited for eternity to be served.  When she finally came to serve us, she was rude and cared more about answering texts on her smart phone than correctly taking our order.

When we went to see the owner, Rudy, a half hour later, he was equally as rude and uncaring.

The service, noise, weak drinks and bland food – that sums it up for this place.

I really wanted to see Hangar’s succeed, after all, it’s just down the road from where I live.  It has had a storied past and has served patrons from Andrews Air Force base for years.

But unfortunately, Hangar’s has a long ways to go, before I would recommend it to any of my friends.