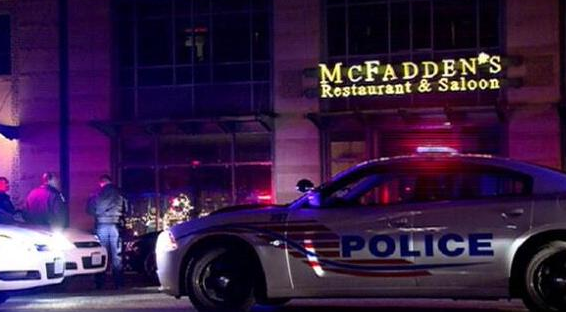 Five people were stabbed inside McFadden’s in Foggy Bottom early Saturday morning.  The incident took place at about 12:37 am in the 2400 block of Pennsylvania Ave NW, near George Washington University.

The victims suffered serious injuries but all  are expected to survive.

Police spokesman Officer Hugh Carew said there have been no arrests, though a police-issued alert identified the suspect as a black man, approximately 5 feet 7 inches tall, in a trench coat, plaid shirt and black or blue jeans.

McFadden’s will be closed for 96 hours in an emergency degree while investigation is underway.