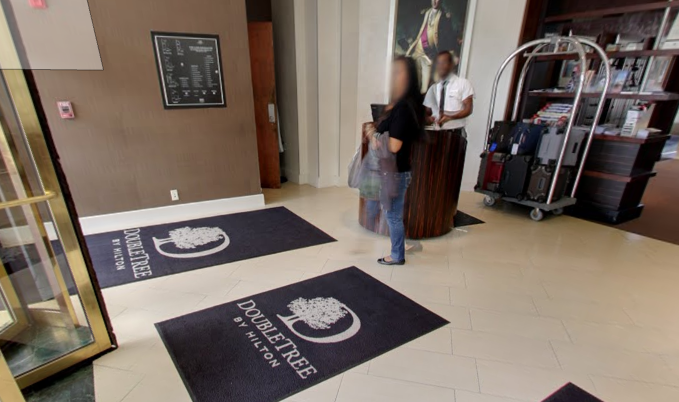 Gone are the days when prostitutes plied the trade around Logan Circle and 14th Street.  They are not as prevalent as they used to be, but thanks to Backpage and Craigslist, the prostitution trade in DC is still alive and well.

Since the beginning of the year, DC police have run a string of stings along the city’s main corridors by posting online ads and luring Johns inside hotel rooms.

According to the Washington Post, DC Police have put 50 Johns behind bars, far more than neighboring, Arlington, Montgomery and Prince George Counties.

On Jan 16th, 15 johns were busted at Double Tree Hilton on Rhode Island Avenue — the same sting that netted former CBS sports commentator Greg Anthony.  Last week Anthony accepted a plea deal to have the charges dropped if he does 32 hours of community service.

You think with all the publicity that came with Anthony’s arrest, Johns would be more cautious — but in this glitzy party of DC, there’s no letting down for the world’s oldest profession.

Other hotels where police have netted a large number of arrests are 25 at the new Cambria Hotel Convention Center in Shaw and about a dozen at the Donovan, a boutique hotel at Thomas Circle, where the modern Asian Zentan restaurant is located.

Unrelated to the prostitution stings, a lawyer was found stabbed to death at the Donovan Hotel last week.  DC Police have released surveillance video from inside the hotel showing a person of interest running up a stairwell.

Both the Doubletree and Cambria Hotels said that they were not aware of the prostitution stings and had no comment.