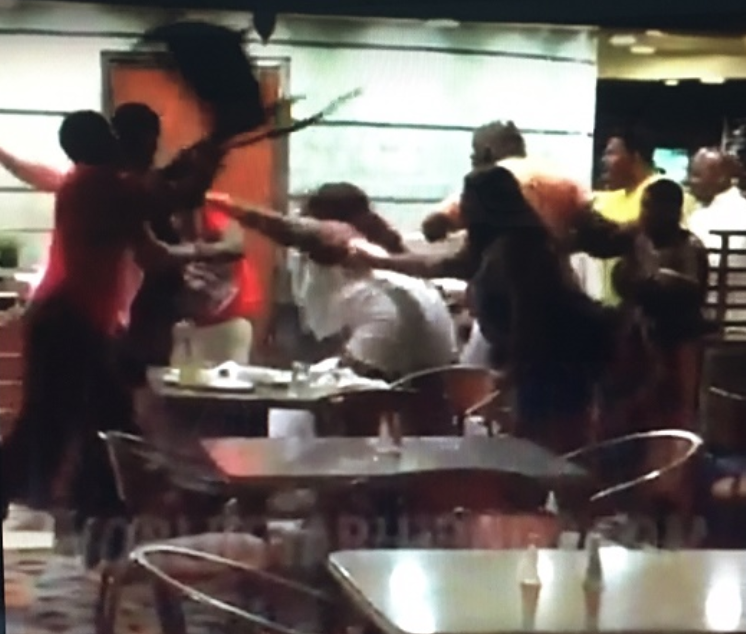 A10 day cruise onboard a luxury cruise ship in the balmy South Pacific would seem to be rest and relaxation for some people, but not for these vacationers.

A Carnival Legend cruise ship which can carry more than  2,000 people just returned to Melbourne Saturday after several large fights erupted causing many passengers to hide  inside their cabins, especially from a large family who apparently were instigators.

One particular altercation in the nightclub began when the group physically attacked other guests.

“Our security team responded in several instances to extremely unruly behavior by these guests while the ship was at sea,” said Carnival Cruise

This video shows passengers yelling and fighting and a crew member kicking one of the passengers on the floor.

“No camera!” a staff member screamed at a man taking video and another worker tried to grab the camera from his hand.

According  to Carnival Cruise:

The actions seen on the video by our security team are not in line with our values and policies. We are conducting a full investigation and will take appropriate corrective action as necessary.

The police were called and boarded to remove 23 people off the ship a couple hundred miles from Melbourne.

“We have a zero tolerance approach to excessive behavior that affects other guests. In line with this policy, we cooperated fully with local authorities in Australia to remove a large family group who had been involved in disruptive acts aboard the vessel,” said Carnival Cruise.

A single family of about two dozen people were seen spitting in the pool, screaming in the smoking area and arguing and fighting with passengers and staff.

All guests were disembarked Saturday, Feb. 17 from the ship in Melbourne, Australia following completion of their 10-day South Pacific cruise. They have been offered a 25 percent future cruise credit as a goodwill gesture.

“We sincerely regret that the unruly conduct and actions of the passengers removed from the ship in Australia may have prevented our guests from fully enjoying their cruise.” Carnival Cruise provided.