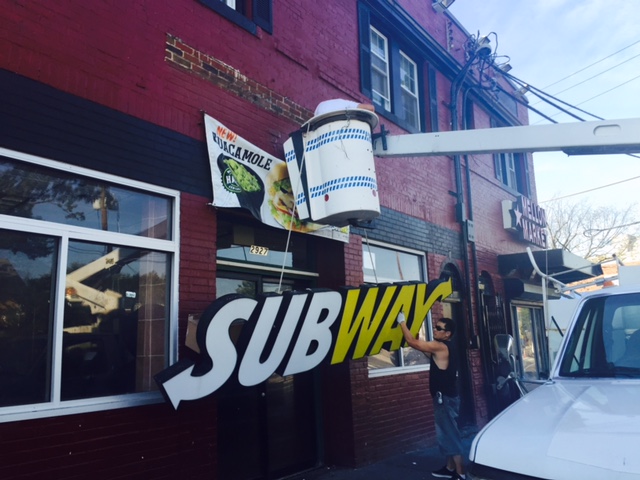 A Subway had just closed on Alabama Avenue a year ago and residents didn’t think it had a chance.

Still Van Camp and his business partner, Chito Peppler, persevered and opened up the first Subway restaurant in Ward 8.  A lot has happened since then. Nationals Ball Park was built, the US Coast Guard moved next door and the Wizards just announced a new practice facility at St Elizabeths.

Now after an eight year run, the Subway has closed its doors for good.

Subway, once the fastest growing franchise in America has gone through some hard times lately. Fast food sales are declining and refrigerated deli meat has been gradually replaced by fresh meat at Chipotle. This summer, Subway’s brand took a huge blow when their Spokesman for Life, Jared Fogle, was arrested for child pornography.

We’ve just signed a 20-year lease with American Best Wing said Gebremariam Kassaye, owner of the building on 2921 Martin Luther King Ave, SE. Gebramariam’s, known as Ephraim, convenience store on the corner of Melon Street has served as the staple of the neighborhood for several years — every summer they host a block party for the children and give out turkeys during the Holidays.