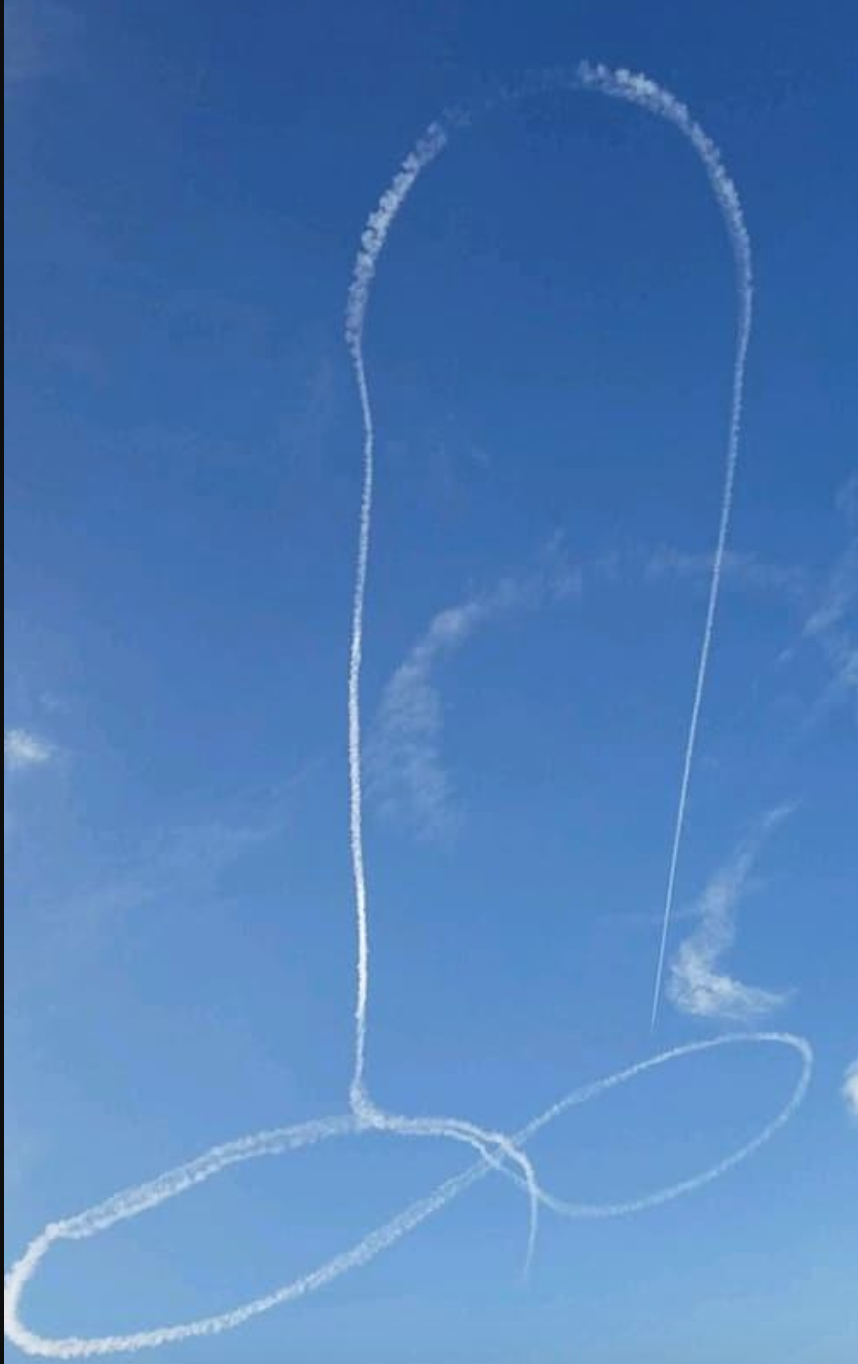 Plenty of onlookers from the ground in Okanogan County, Washington were amused by Thursday afternoon’s sky doodle.

A spokesman for Naval Airbase Whidbey Island airbase confirmed that the aircraft involved was one of its Boeing EA-18G Growlers.

The jet specialises in electronic warfare and is a specialized version of the two-seat F/A-18F Super Hornet.

Lt. Cmdr. Leslie Hubbell from Pacific Fleet Headquarters said that “From a Navy standpoint, we do hold our aircrew to the highest standards and this is absolutely unacceptable. It has zero training value and the aircrew is being held accountable.”

The most monumental thing to happen in omak. A penis in the sky pic.twitter.com/SM8k1tNYaj