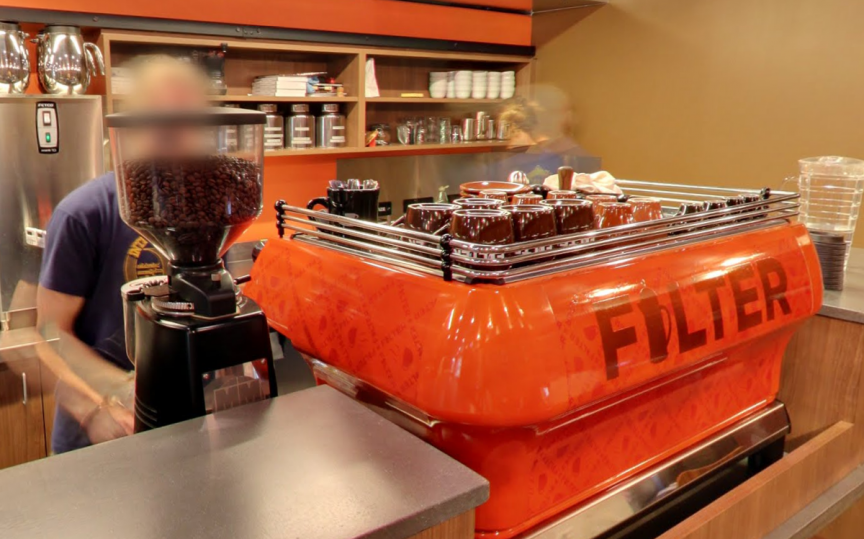 Apparently they weren’t happy with the pictures that the search engine had gleaned from Filter’s Facebook page, even though RUNINOut has been asking for input for the last several years.

After the fifth inquiry (since Sept 2013), Filter finally responded and the words weren’t sweet.

Not only did Filter call RUNINOut a “POC”, but they also asked us not to waste their time.
Guess their baristas don’t want to take time to smell the coffee.
Here’s the discussion: 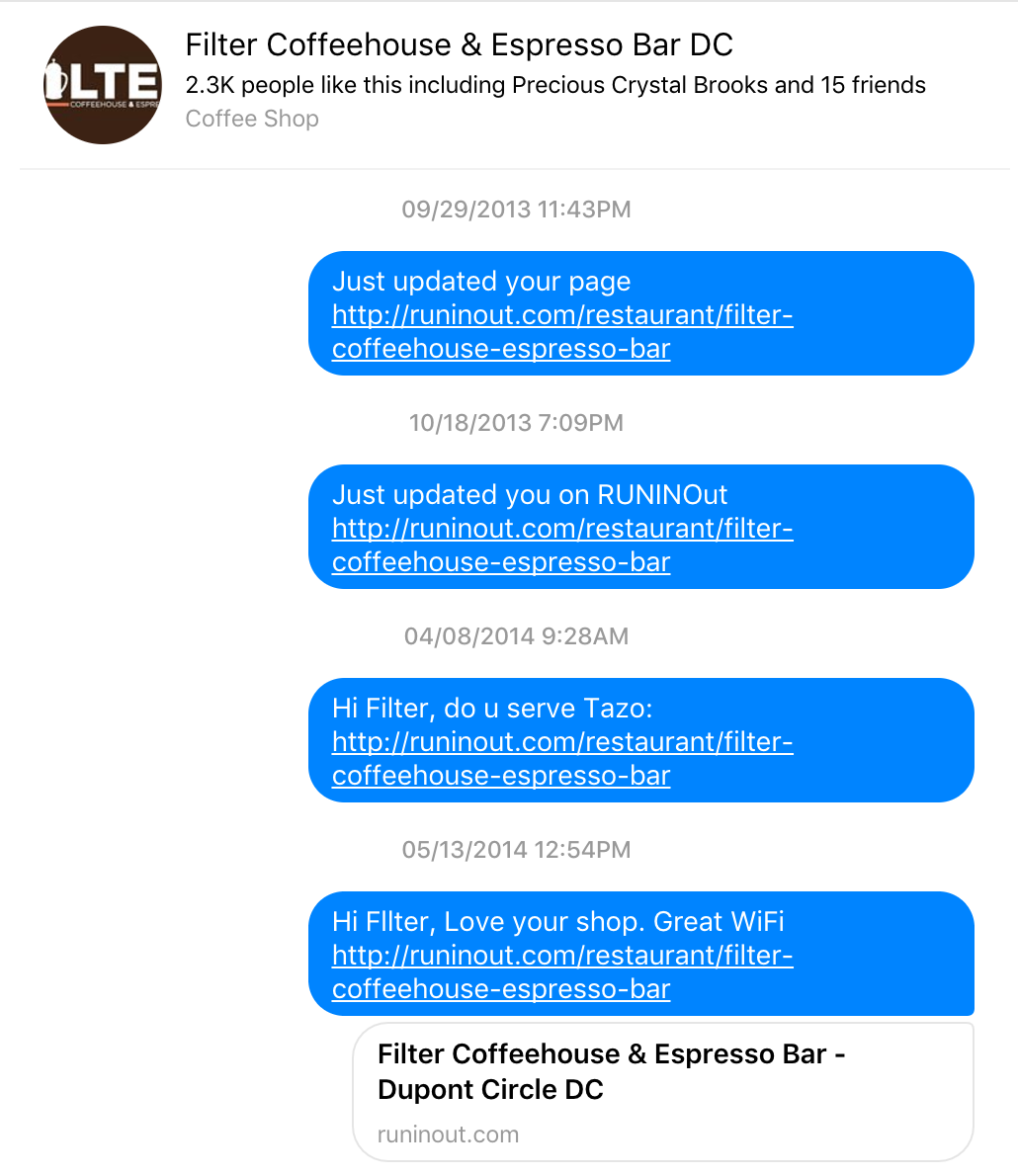 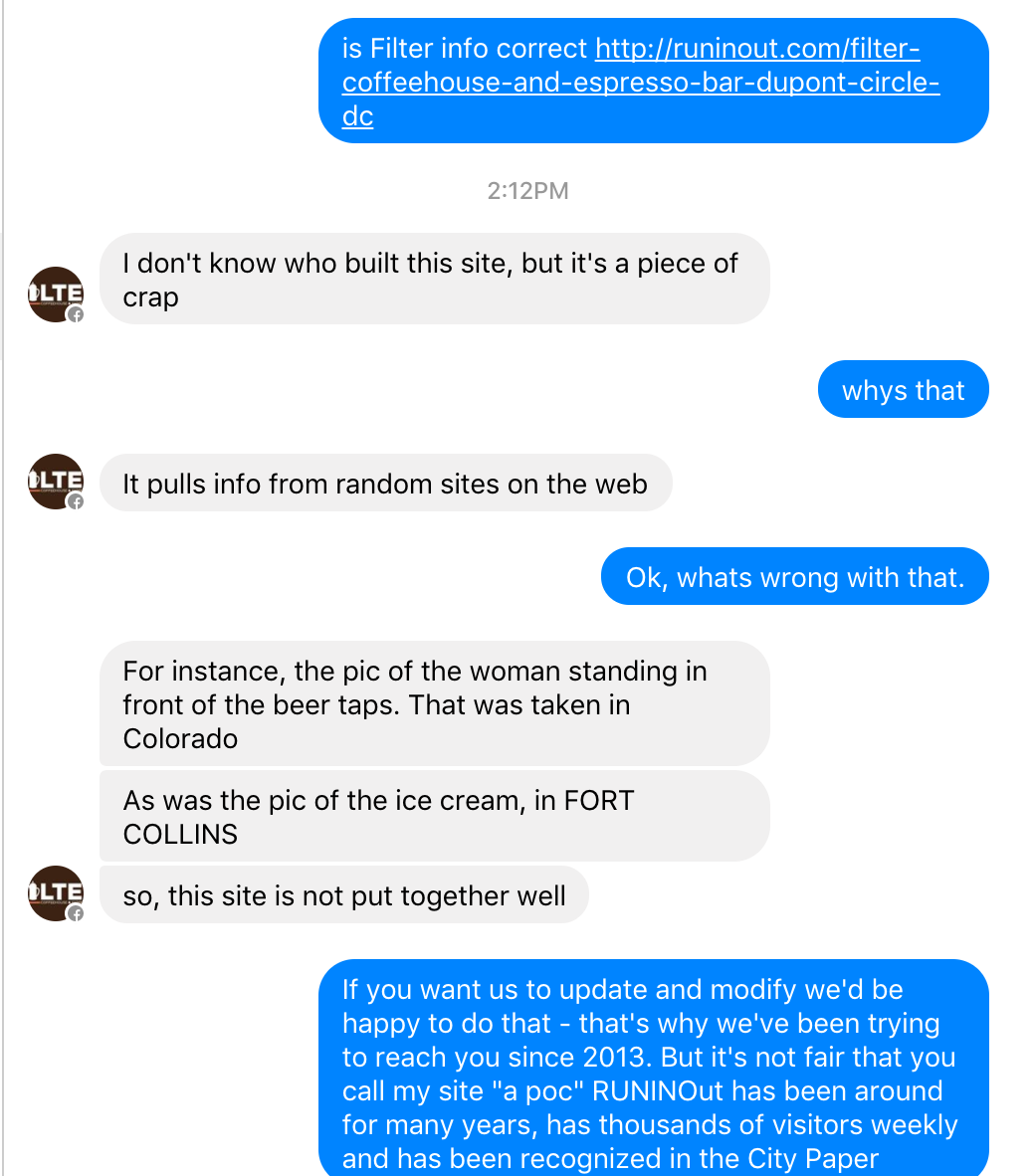 After messaging Filter again on June 24, they responded rather disparagingly 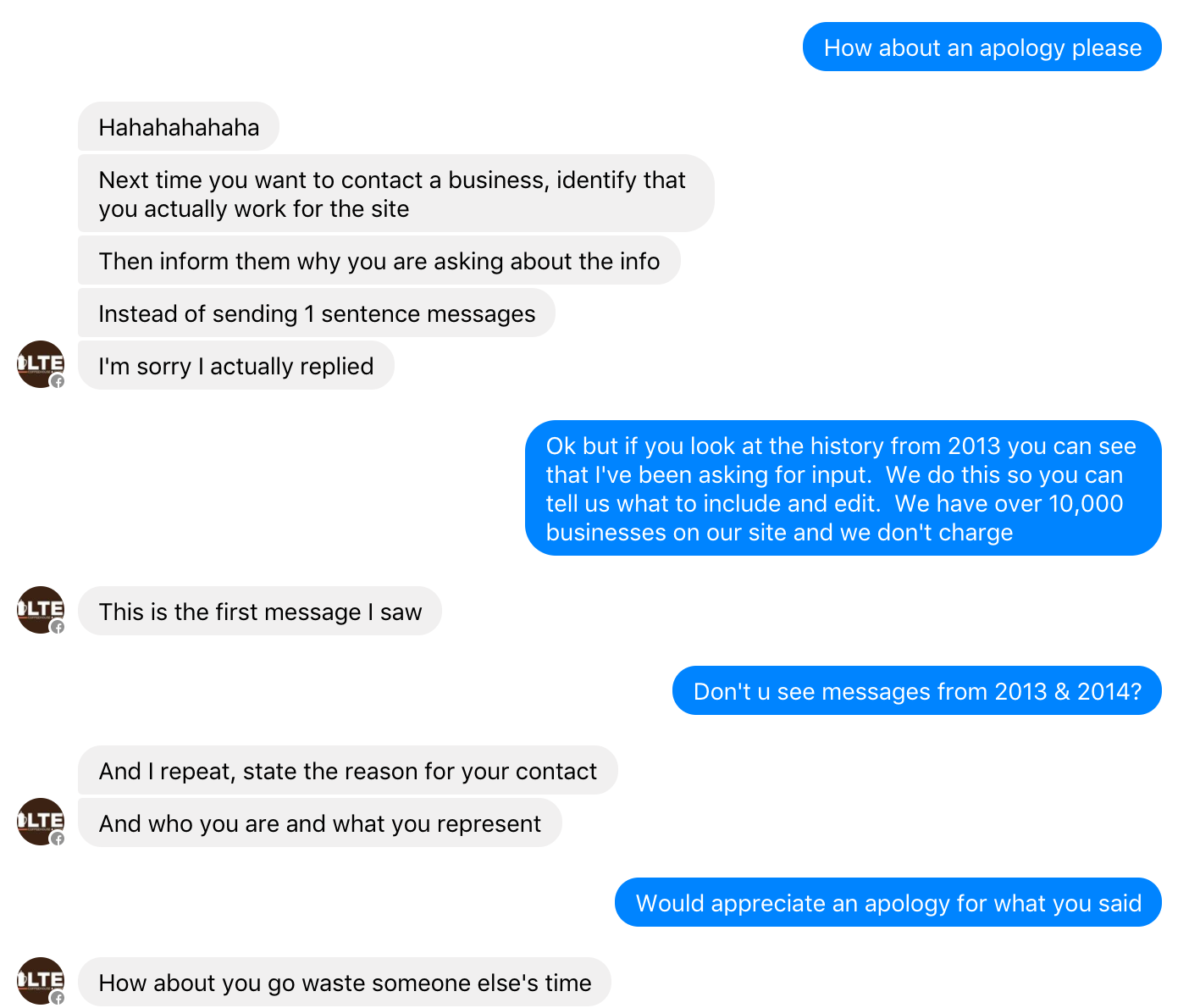 After getting berated by Filter, we asked for an apology but they instructed us to stop wasting their time instead.