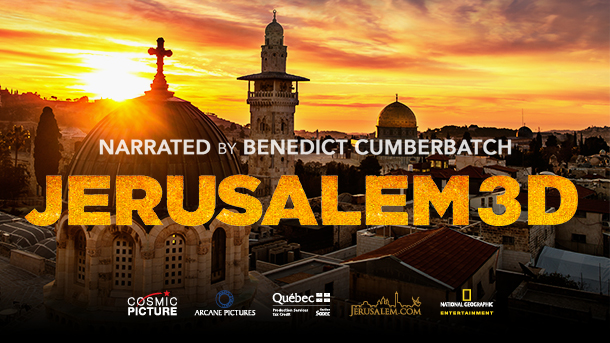 Soar high above the ancient city of Jerusalem — a city of many religions and an important crossroads of civilization. After being granted special permission in the region’s strict no-fly zone, filmmakers were able to capture the first-ever large format aerial footage of the Old City and throughout the Holy Land.

Through breathtaking aerial footage, eye-opening personal stories and remarkable historical perspective, Jerusalemtakes viewers inside the heart of the ancient city in ways never seen before. This inspiring film also features exclusive footage that will take you to the Western Wall, the Church of the Holy Sepulchre, the Dome of the Rock, the Jordan River, the Sea of Galilee and the mountain fortress of Masada.