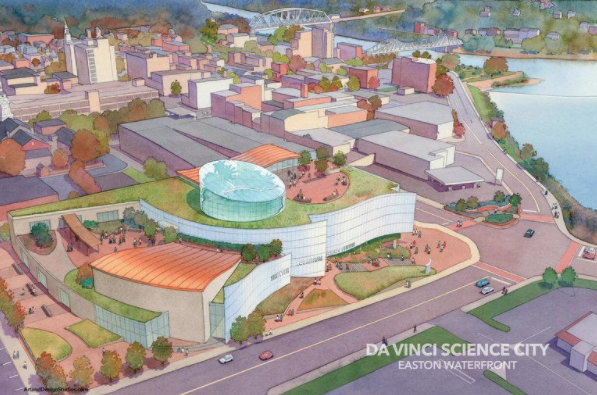 The Da Vinci Center is coming to Easton.  A 170,000 square foot science center with a 500,000 gallon saltwater tank featuring sharks and a large-screen movie theater is coming to downtown Easton.

The $130 million project, which is an expansion of the Da Vinchi Science Center in Allentown will be billed as the largest aquarium in Pennsylvania. 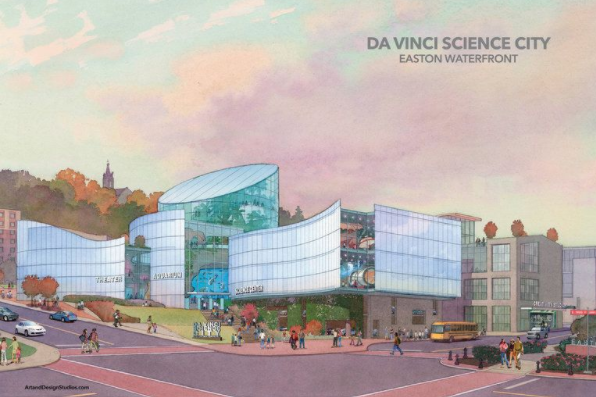 The Days Inn on Third St will be demolished to make way for the four-story building with a grass roof.

The Science Center is expected to bring about 600,000 visitors per year.