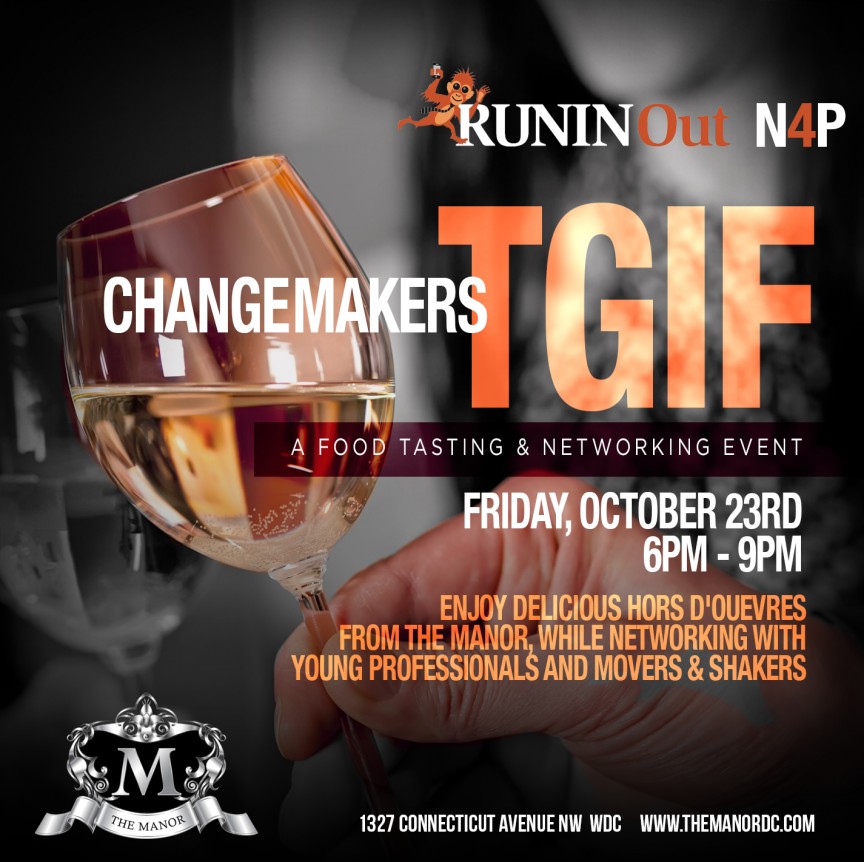 Now that both the GOP and the DNC have held their round of debates, Jim McBride, President of Network for Progress can take a breather.

An active grassroots activist for over ten years, McBride has hosted a ton of political events this year.  So now it’s the right time to host an event that doesn’t have anything to do with the Presidential election.

“That’s how we came up with the theme Changemakers — we wanted to host an event that would attract all Washingtonians — young and old, conservative or liberal — as long as you wanted to expand your network and meet new people, this would be the event for you,” said McBride.

Master Chef Russell will be preparing a smattering of delicious food

The Manor just hosted a debate watch party last Tuesday.  DC area Bernie supporters cheered up the Bern as the Manor turned up all the TVs to the first Democratic Presidential debate.

To RSVP to Changemakers on Eventbrite